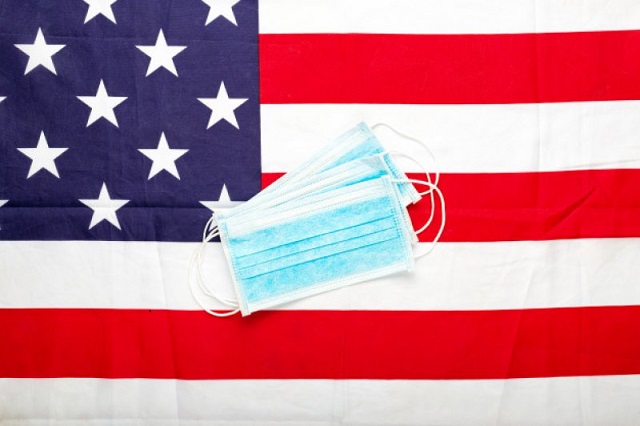 New York is a town that flourishes on the art of financial speculation, self-branding and high risk.

So when in the summer of 2015 Donald Trump made the self-promoted decent from his penthouse into American politics the safe bet was not on the high reward of the American presidency, but a quick disappearance into a parody the size of the city itself.

The joke has been on his political opponents ever since and now they have the chance to deny him another term.

However, in the mass hysteria America has forgotten, so like four years ago the polls seem to point to a blowout for Democrat Joe Biden to ensure Trump becomes a one term president like Jimmy Carter and George H. Bush.

Lesson learned so I am staying away from the drunken effects of polling for a clearheaded focus on the implications of the 2020 American elections.

Like a medieval warfare, the blue and red tribes have bunkered up behind ideological fortifications for the symbolic thumbprint on the direction Americans want to take their society.

Even for a country that self-identifies and projects itself on exceptionalism, this is an unmatched mix of a pandemic, racial justice and a sputtering economy that so far seem to be defying the size and scale of the American ability to innovate.

The subtext to this visceral fight for the “soul of America” features some of the same cast of characters that have dominated American life for the last twenty years.

The bombast of Trump against the grandmotherly shrewdness of Nancy Pelosi, the board game power play of Mitch McConnell and Chuck Schumer, the clichéd college educated suburban women and blue collar White men, the rise of the Black Lives Matter movement against police brutality, aspirational pursuit of a multi-racial community against White Supremacy, globalization and nativism, affordable healthcare and the perceived scourge of socialized medicine, voter suppression and participatory democracy, the decay of the industrial heartland pitted against the high finance of the East and West coasts, all against the non-stop braying of ideological points of view by Fox News and the MSNBC in the background.

If this is not heady enough for you to throw in the most emotive of all issues, Religion or in the case of America, Christianity. Here, the old cultural battle lines have been renovated and brightly repainted with the most visible symbol, the southern wall with Mexico.

With the wall Christian empathy for the Other runs directly into Christian commitment to defend borders of the faith from invaders. Christian vows to save lives is frayed with contradictory positions on Black lives and abortion.

The shape shifting ideas of Christian non-violence somehow interlocks with a second amendment right to bear arms, and the Christian admonishment to be a brother’s keeper exists comfortably side by side with unrestrained corporate profit. Americans are used to this so there is nothing un-American about all these cultural doublespeak, because the country was intentionally created by its founders on contradictions.

Also, not new to Americans is the controversy that pandemics can cause. The 1918 Influenza generated vastly differing opinions on official responses. Then, as now, there were suspicions of the reportage being overblown. But nothing prepares for you this reenactment of pandemic behavior than the fight over the wearing of face masks. Despite Trumps own experience of being infected by the virus, and despite the mask scientifically proving itself as a deterrence against the COVID-19 virus, the face mask has taken on the additional significance of also being a cultural marker.

Throngs of die-hard Trump supporters easily wave his flags in packed crowds as a defiance against both the virus and the mask. They see the mask as representing their Liberal opponents who are bent on muzzling their freedoms with government mandates.

Each wave of the flag signifies a love of freedom over the fear of a virus that has so far killed over 230,000 Americans. Right-wing Republicans have a long and controversial acquaintance with the symbolism of the flag. For them the public display and adornment of either the Confederate flag or the American flag mean the same thing; Patriotism.

So the election is taking place within surging numbers of COVID infections and deaths, but a surging concern for what post-election America will be also drives nervous conversations all across this country. Will Trump win? Will he concede the election if he lost? Will there be violence following the elections? These are questions you ask about elections in Mali and not America.

For the rest of the world that has been confounded by the scattershot policies of the Trump administration who wins this election may come down to three things; turnout, vote count and the possible role of the Supreme Court if there’s a deadlock.

For now sit nervously for the outcome of the farcical fight between the mask and the flag. Grab your hand sanitizer.