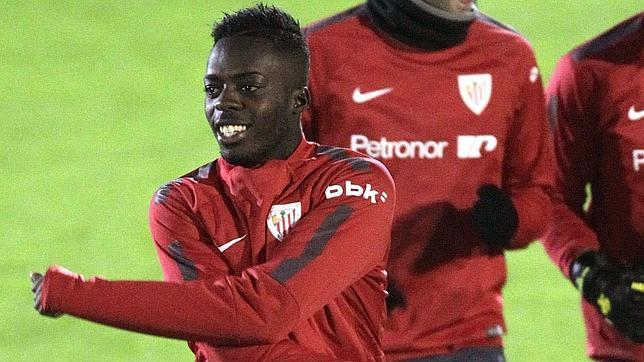 Inaki Williams has been a revelation this seasono

The Ghana FA says it has plans to secure the international future of Athletic Bilbao youngster Inaki Williams for the Black Stars.

The 20-year-old has been considered as one of the brightest future prospects having made some impressive performance for the Lions in La Liga.

Williams is a Spaniard by birth to a Ghanaian father and a Liberian mother ? meaning he has the option to play his international football for these three countries.

The GFA however wants to move quickly to secure the international future of the youngster by processing his documents to make him eligible to play for Ghana.

?Inaki Williams is a revelation,? GFA President Kwesi Nyantakyi noted at a press conference on Tuesday.

?He is a new discovery and the FA has plans to pursue him.?

Inaki Williams will thus be the latest ?foreign? player of Ghanaian descent to be lured by the GFA to play for the Black Stars.

The Ghana FA was successful in securing the international services of the likes of Quincy Owusu-Abeyie, Kevin-Prince Boateng and Adam Kwarasey for the Black Stars.

They however failed in their bid to land Jerome Boateng, Mario Balotelli and Memphis Depay.

Ghana will be a difficult side to beat – South Korea coach