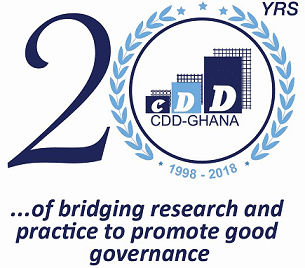 The year 2018 has witnessed an increase in reportage on sexual misconduct cases involving school teachers and female students at different levels of our schools’ system.

This is a worrying trend which has given rise to calls from Civil Society Organizations (CSOs) and the general public for the relevant state agencies mandated to protect women and girls from sexual violence to put stringent measures in place to stop the growing abuse.

According to a release copied Newsghana.com.gh, it said, the theme for this year’s International Day for the Elimination of Violence Against Women – Orange the World: #HearMeToo – is thus, very instructive.

While the Ghana Center for Democratic Development (CDD-Ghana) would like to commend the Ghana Education Service (GES), the management of the University of Professional Studies, Accra (UPSA) and other educational institutions, which have taken punitive action against teachers found culpable of sexually abusing students, the Center believes it is equally important to let the law deal drastically with all perpetrators of sexual violence.

United Nations Women figures for 2018 indicate that approximately 15 million adolescent girls, aged (15 to 19) worldwide, have experienced forced sex (forced sexual intercourse or other sexual acts) at some point in their life.

Out of these, 9 million adolescent girls were victimized within the past year. A research commissioned by the Ministry of Gender, Children and Social Protection in 2016 findings states that 30% of Ghanaian women experience sexual violence at least once over their lifetime, and 10.6% of women reported having experienced sexual violence at least once over the 12 months that preceded the survey.

According to the World Health Organization (WHO), sexual violence can negatively affect women’s physical, mental, sexual, and reproductive health, and may increase the risk of acquiring HIV in some settings. For victims of such unfortunate circumstances, there is also the need to provide the needed psychological and emotional care and assistance to victims.

The Domestic Violence Act, 2007 (Act 732) directs the setting up of Victims of Domestic Violence Support Fund supported by voluntary contributions and monies approved by Parliament into the fund for the Domestic Violence and Victim Support Unit (DOVVSU) to provide basic support to victims and assist with matters of rehabilitation and reintegration.

It is imperative for the Parliamentary Select Committee on Employment, Social Welfare and State Enterprises, as well as the Committee on Gender and Children to make a strong case for increased budget allocation for DOVVSU to carry out advocacy and education on the Domestic Violence Act, the services available to victims and how to access such services.

In order to effectively help young girls who have been sexually abused, reduce the stigma and re-integrate them into the society, it is necessary that state agencies mandated to provide such support are well equipped, both financially and in human resource by the State.

Government, through the Ministry of Gender, Children and Social Protection should make it a priority to provide shelter for women and girls who are victims of gender-based violence in accordance with the Domestic Violence Act, 732.

The Ministry should also strongly consider partnering organizations such as the Ark Foundation Ghana, one of the few institutions which has been creating facilities to support victims of sexual abuse and other forms of violence, to cater for more victims whose circumstances will need such assistance.

Likewise, there is the need for the Education Ministry and the Ghana Education Service to revive the existing Guidance and Counseling Centers in schools to provide first hand support to students. While giving priority to enhancing the teaching skills of educators, attention should also be given to regularly sensitizing teachers on the code of ethics guiding the teaching profession. The Center also urges the GES, DOVVSU and the Ghana Police Service to work closely in attending to matters of sexual abuse with urgency.

Finally, CDD-Ghana calls on the National Commission on Civic Education (NCCE) to strengthen its advocacy and public education on sexual violence especially in schools and deprived communities.

CDD-Ghana believes the social and economic impact of violence against women have far reaching consequences on the society and it is, therefore, important for government, CSOs and the general public to offer their support in whichever form to protect and preserve the lives of our young ones who are the future leaders of this country.