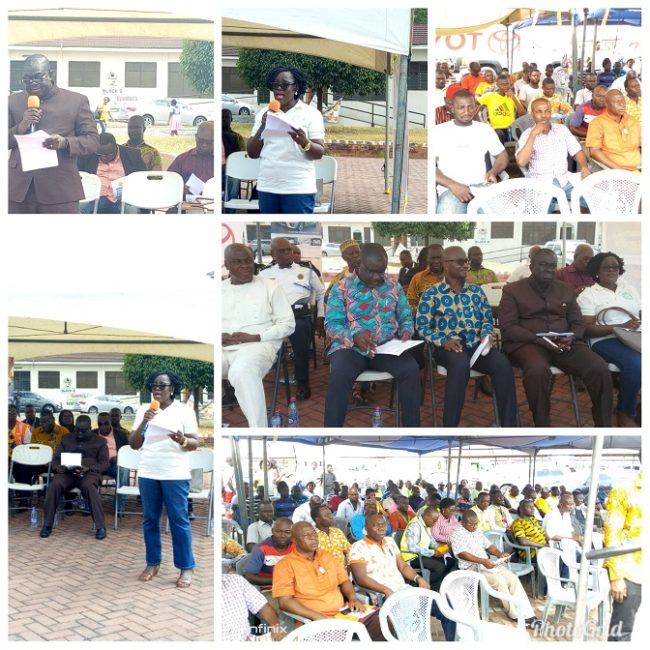 The Executive Director of the National Road Safety Commission, Ing. May Obiri-Yeboah, has said that, the beginning of the year 2018 has been challenging for road safety reasons. Says the month of January and February recorded a total of 2,085 crashes resulting in 366 deaths and 2,272 injuries, involving a total of 3,415 vehicles.

These she said, comprises 1,394 commercial vehicles, 1401 private vehicles and 620 motorcycles. And the situation compares unfavorably with the situation of the same period last year, where a total of 1986 reported crashes resulted in 2,069 injuries and 354 deaths.

Adding that, for the same period, a total of 2,987 vehicles comprising 1,255 commercial vehicles 1,221 private vehicles, and 511 motorcycles were involved in crashes.

She said, it implies that, compared to the same period last year, the number of road traffic crashes and the number of vehicles involved have increased by approximately 5% and 14.3% respectively, whereas the number of recorded injuries and deaths have respectively appreciated by 9.8% and 3.4%.

Ing. Obiri Yaboah, made this assertion at the Launch of the National Easter Campaign on Wednesday 21st March, 2018 at the Achimota new terminal, dubbed “The Family Needs You Alive, Drive Safely, Think Safety”.

The campaign Which is aimed at creating greater awareness of the risks associated with road use during Easter and the need for the general public especially drivers, passengers and pedestrians to desist from acts and behaviors on the road, could endanger their lives and that of others.

She however, stated that, most of the incidents involves high occupancy vehicles where the results are of overspending and wrongful overtaking. Adding that, contempt for non-compliance with road safety regulations on the part of drivers is as much a concern.

She said, the deaths and injuries on our roads are evidently needless, and all of us must forge greater cooperation and support in bringing finality to it.

The Minister for Transport, Hon. Kwaku Ofori Asiamah, explained that, the theme “The Family Needs You Alive, Drive Safely, Think Safety”, reflects on the need for all road users to make choices that do not disturb the harmony at home. “We must collectively resolve to think safety in all our choices in the road environment and drive safely knowing that the families we leave behind count on us for their survival.”

According to him, the Ministry is working with the National Road Safety Commission to empower the Commission with a mandate to ensure compliance to road safety standards, procedures and policies.

He however, appealed to motorist not to abandon their broken down vehicles on the road as it is one of the major causes of fatalities on our roads.

He continued that, the ministry is taking steps to review the entire Road Safety Regulations to address some identified gaps and emerging road safety concerns. Adding that, road safety cannot be achieved by Just public sensitization, hut rather requires a concerted effort by all, including fixing road engineering defects and enforcements.