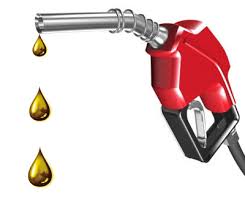 Some drivers in the Ho Municipality have said that the increment in fuel prices would affect the cost of spare parts just as it has affected the cost of transport.

The new fare of 13 per cent upward adjustment in the public transportation took effect on Saturday, June 5, covering all forms of transport including inter-City (trotro), intercity (long-distance and shared taxis).

Some drivers in an interview with the Ghana News Agency (GNA) noted that although there were agitations from some passengers prior to the notice, they hoped for a better increment in the fares.

Mr Prosper Kumah, a driver, said that the recent increase in fares did not correspond with the cost of transport as the prices of fuel were demanding more than what the passengers have been asked to pay.

“I would have wished the increment was more to help tally with the fuel price and spare parts.”

Mr Vincent Agblodegbe, a passenger said that the increase in the cost of transport was reasonable as it could have been worse considering the number of times fuel prices had gone up these past few months without corresponding increases.

According to Mr Newton Quaye, a driver, the booking fee for commercial vehicles was outrageous, adding that, vehicles moving from Accra to Ho had to pay 85 cedis and Ho to Accra vehicles paying 70 cedis, demanding fairness in the pricing of fares.

Mr Isaac Amenyo, the Ho branch Chairman of the Progressive Transport Owners Association of Ghana (PROTOA) expressed gratitude to the government for the increment in the fares.

He appealed to the government to attend to the bad roads in the region to avoid causing more damages to vehicles leaving the drivers with many losses.