News Ghana
Home Opinion Featured Articles Indeed, When There is Injustice, There is Uprising

When reading the Financial Times newspaper a few days ago, I came across one Iranian Sunni Muslim cleric, Amini, saying in response to a question, ?When there is injustice, there is uprising?. I pondered over this brief, but truthful statement for a while and said to myself, whoa, what a brilliant title that will be for a publication of an admonition message to Ghanaians. 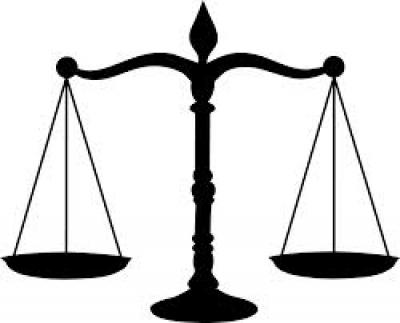 To justify his view as expressed in that gospel truth statement, I shall cite supporting instances in the emancipatory lives of citizens of certain countries. Many years before the French revolution of 1789, most of the French were living in tyranny. The majority of them, apart from the monarchy and the feudal lords, were unjustly being abused; living in fear and penury. The injustice they were compelled to live with kept accumulating without ever abating. This ignited agitations among the people. Their eventual determined resolve not to put up any longer with that subjugation culminated in a revolution (uprising). The monarchy was abolished with the execution of the king and most royals as well as some of the feudal lords.

Nearer home, there had been several military junta takeovers in Africa. Most of these military uprisings have come about as a result of injustices perpetrated and perpetuated by those in positions of authority, especially, in government, against the poor masses of the nation. The despotic rule of Dr Kwame Nkrumah and his Conventional People?s Party (CPP) led to the February 1966 military uprising led by General Kotoka to overthrow him from power. The uprising was hailed by almost all Ghanaians who were living in total deprivation of their fundamental human rights; indiscriminate detention of people under Nkrumah?s criminally-minded Preventive Peoples Act policy.
The Supreme Military Council (SMC 1 & 2) governments led by General I. K. Acheampong and General Akufo respectively were overthrown because of official corruption and other abuses by those in government against the poor Ghanaian masses.

The same massive injustices spearheaded against the masses by the Rawlings? Provisional National Defence Council (PNDC) and National Democratic Council (NDC) governments have quadrupled under the current President Mahama/Arthur-Amissah-led NDC government. Those in government and in the top echelon of the NDC party are unprecedentedly corrupt beyond the gumption of any living human being, but themselves and their agents and assigns. They relish in the practice of selective justice and commit crimes with ?Yen ntie obiaa? behavioural arrogance and impunity. They have no respect for the majority of Ghanaians. They are deeply shamelessly involved in ?gang, create, loot and share? spree via judgment debt payments, an act of inflicting daylight robbery on Mother Ghana and Ghanaians.
Will anyone be surprised if there was uprising today? No, for when there is injustice, there often comes a time of uprising. Upon all the abundance of cluelessness, incompetence, maladministration, corruption the stench of which disgusts the heavenly bodies and blatant disregard for Ghanaians through his ?Yen ntie obiaa? ludicrous attitudes in exhibition, President Mahama is still very optimistic to win election 2016.

What does he take Ghanaians for? He will be resisted by the thumps of the Ghanaian electorates no matter how far involved he is with Dr Afari Gyan, the Chairman of the Electoral Commission, to rig the election in his favour as it was alleged to have occurred in 2012.
The outrageousness of the injustice becomes all the more conspicuous when it is hatched, or committed, by judges, who otherwise are paid by the taxpayers to ensure that justice prevails almost all of the time.

Most of the Ghanaian judges that have lost my respect, take bribes of all sorts to twist the truth, often declaring verdicts in favour of the highest bidder regardless of the credibility of the facts and reasons (evidence) adduced during a trial. Most of their sentences do not reflect the crime committed. Nobody knows which legal guidelines they use during their pronouncements of verdicts. My annoyance is confirmed by a judge in a publication on Ghanaweb under their Regional News of Saturday, 4 October 2014. The publication was titled, ?Refrain from offering bribes to Judges ? Judge?

The publication had it as follows, ?Mr Justice Charles Agbavor, Volta Regional Supervising High Court Judge, has cautioned litigants against acts intended to bribe officials of the court to tilt decisions in their favour. ?Judges and Magistrates are not corrupt until you make them corrupt and you must, therefore, stop bringing them the dogs, the goats and the fowls,? he had stated.

Why should judges and police personnel involve in such frowned upon acts of injustice, bribe taking?
As every Sampson has his Delilah, so does stubborn committal of injustices eventually culminate in uprisings. A piece of warning to those who are intransigently committing acts of injustice against their fellow human beings is that, there is concomitant uprising whenever there is injustice.