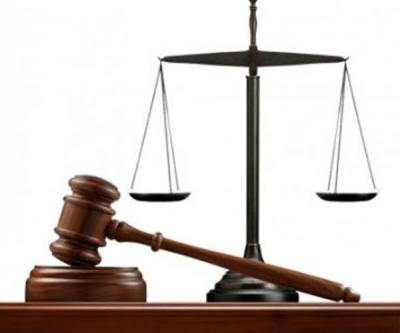 Mentouf was said to have removed 30,074 bags of rice from customs bonded warehouse, Accra, without payment of the appropriate duties and corrupted a public officer in respect of her duties by paying her an amount of GHc 500.00 to influence her conduct.

They both pleaded not guilty to the charges, before the court presided over by Mr Francis Obiri.

Kate was also granted bail in the sum of GHc 20,000.00 with three sureties, one to be justified.

The case was adjourned to February 26.

The facts of the case as presented by Deputy Superintendent of Police (DSP), Abraham .A. Annor were that Mentouf is the Managing Director of Al-safa International Company Limited while Murtaza is also the Chief Executive Office of the same company.

DSP Annor said the two are both Indian businessmen based in Ghana, and are engaged in the import and sale of food items, particularly rice.

He said, Kate is a customs officer stationed at the warehouse unit of the Ghana Revenue Authority, Customs Division at James Town, Accra.

The prosecution said in January 2012, Mentouf and Murtaza, imported over 33,000 bags of rice from Pakistan to Ghana. Under Customs arrangements, the rice consignment was stored in Customs Bonded Warehouse No. A 61, La, Accra awaiting the payment of import duties.

He told the court that Kate, the resident Customs Officer in charge of the bonded warehouse, was to ensure that, all documentations accompanying goods entering the bond were properly entered in the bond register, and the true quantity and description of gods were the only goods allowed into the bond.

DSP Annor said Kate was also to ensure that, for goods that left the bond, true and genuine Customs Declarations were passed, the right import duties paid and documents on these given to her to enter into the bond register.

He said she was also to ensure that only the goods mentioned in the declaration documents in their right quantities were taken out of the bond.

He said investigations revealed that between January 8, 2012 and February 10, 2014, Mentouf and Murtaza smuggled 30,074 bags of the imported rice from the bonded warehouse without paying import duties on them.

According to the prosecution, the smuggling was with the connivance of Kate who agreed and was paid 20 pesewas on each bag of rice removed from the bond.

It was also revealed during investigations that, Kate made several demands and was paid monies by Mentouf including an amount of GHc 500 deposited in her private bank account.

He said as a result of this deal, import duties due to the state, amounting to 263,277.14 dollars were evaded.