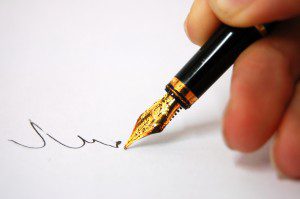 A well-known Tamil novelist in India has given up writing after protests by right-wing Hindu and other groups, his lawyer confirmed Thursday. Writer Perumal Murugan, 48, had come under attack for his 2010 book Madhorubhagan, or “One Part Woman,” about a childless couple and a consensual sex ritual at a Hindu temple festival.

Earlier in the week, he had written on his Facebook page that “Perumal Murugan, the writer is dead. As he is no God, he is not going to resurrect himself … Leave him alone.” He had made no public comments since then.

His lawyer GR Swaminathan, who accompanied Murugan to a “peace-meeting” Monday between the writer and groups opposed to him, said in a statement Thursday that the police “engineered his exile” while the administration “totally let down” Perumal, forcing him to take the decision.

Hindu groups including those belonging to the Rashtriya Swayamsevak Sangh (National Volunteers’ Organisation) have held protests and burnt copies of his 2010 novel, saying it was offensive, as parts of the book insulted the Hindu religion, temples and worshippers.

RSS is the ideological fountainhead of India’s ruling Bharatiya Janata Party. The Gounder community to which Murugan belongs have also protested against the novel, saying it denigrates women from the community.

This is not the first time that Hindu hardliners have silenced authors or forced publishers to withdraw a book in India. Last year, US-based historian Wendy Doniger’s book on Hinduism was recalled by its publishers following protests by the groups.

One Killed, Two Injured in Protests Against Military Takeover in Sudan

Many thousands protest against apparent coup in Sudanese capital