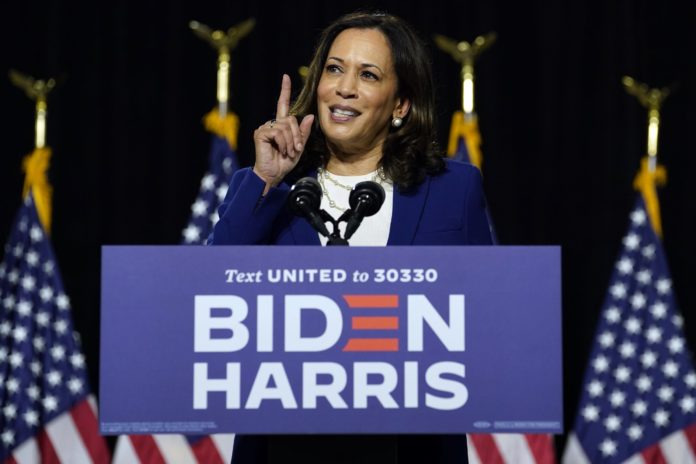 The green surrounds of a southern Indian village erupted in celebrations on Sunday as it woke to the news that Kamala Harris was vice president-elect of the United States.

Harris, born to a Jamaican father and an Indian mother, is set to be the first-ever American of Indian and African descent to become vice president.

Thulasendrapuram, a village some 350 kilometres south of Chennai, was home to her diplomat grandfather, PV Gopalan.

People came out on the village roads carrying placards with her picture, distributed sweets and burst firecrackers.

channel reported. “Congratulations Kamla Harris, the pride of our village,” said one rangoli decoration.
“A daughter of the village has been elected to one of the most important positions in the world, now we

hope she will visit the village,” local temple administrator SV Ramanan told dpa.
“We had offered prayers for last three days at our 300-year-old temple that she would win.”
Harris has never visited Thulasendrapuram. Her grandfather moved from the ancestral village almost 90

years ago and her mother Shyamala Gopalan left India for California as a young student in the 1958.
Harris would visit her grandparents in Tamil Nadu capital Chennai with her mother and has often talked

about the huge influence Gopalan had on her.
“I’m grateful to the woman most responsible for my presence here today, my mother, Shyamala Gopalan

Harris,” Harris said in her first address to the nation as vice president-elect.
“When she came here from India at the age of 19, she maybe didn’t imagine this moment. But she believed

so deeply in America where moment like this is possible.”