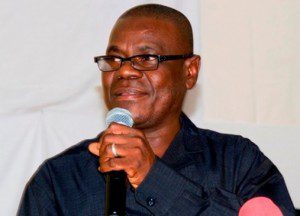 The Bureau of National Investigations (BNI) has recovered GH?15 million from indicted officials of the National Service Scheme, according to a report by the Daily Graphic. One Hundred and Seventy-one individuals, including the former Executive Director of the NSS, Alhaji Imoro Alhassan, have been implicated in the scandal.

Alhaji Imoro is currently standing trial at the Financial Division of the High Court and has pleaded not guilty of the charge of stealing GH?86.9 million.

He has been granted bail in the sum of GH?90 million, with three sureties, all to be justified, with property valued at more than one million Ghana cedis. He is to reappear in court on March 12, 2015.

According to the report, some of the implicated directors have entered into an agreement with the BNI and are currently refunding the money, which is part of the amounts paid to 30,816 non-existent national service persons from September 2013 to August 2014.

The BNI has, however, failed to disclose the names of the directors who are refunding the amounts.

?We are focusing on retrieving the money and that is exactly what we are achieving. It is important the state recoup all the embezzled funds,? a BNI source reportedly told the Daily Graphic in an interview.

Regional and district directors of the NSS have a total liability of GH?49 million, while directors at the NSS headquarters are liable to refund GH?31.1 million.