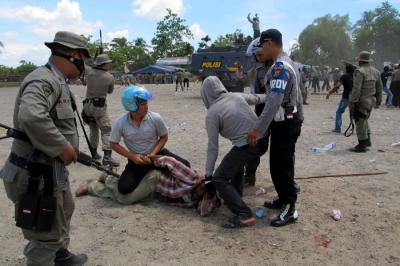 “Those ten people were arrested between 3.00 to 6.00 a.m this morning. They are now being investigated in police’s mobile brigade headquarters,” Indonesian police headquarters senior information officer Rikwanto said.

Police said their arrests have nothing to do with the ongoing Muslim gathering in the capital city’s landmark of Monas to demand the detention against Jakarta Governor Basuki Tjahaja Purnama, who has been accused of blasphemy over his comments against the Koran.

Police have previously warned on possible treason movements against the government. The arrested ones had planned to stage a protest, demand the parliament to hold extraordinary plenary session to restore the state’s constitution to the original version, according to media reports. Enditem

Ministry investigates allegation of foreigners in possession of Ghanaian passports