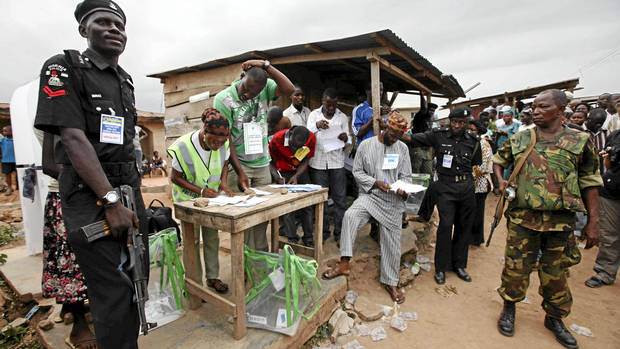 In an interview with the News Agency of Nigeria (NAN), they said that the neutrality of the commission and security operatives in the electoral process would contribute to the attainment of free, fair and credible polls in the country.

An expert on Development Communication in the city, Malam Umar Abba, urged President Goodluck Jonathan to prevail on the authorities of the security agencies and INEC to ensure that their officials remained non-partisanship in the elections

Abba expressed confidence in the ability of the president to give Nigerians credible polls, saying that he had contributed positively to the achievements so far recorded by INEC in the conduct of elections.

He said that he was optimistic that the success level of this year?s polls would be higher than what was recorded in 2011, going by the level of sensitization and awareness of the electorate.

Another resident and teacher at Gombe State University, Malam Abdul-Ali Idriss, also expressed hope that the elections would be peaceful.

He, however, stated that people were afraid of the elections, because of what happened in 2011, where many people were killed and properties destroyed.

Ali-Idriss, therefore, called on the people to remain calm as security operatives would ensure that the elections were peaceful.

On his part, Malam Aminu Abdullahi, said that from all indications, the electorate were well enlightened on the necessity of having peaceful polls.

Mrs Sera Dando-Alabi, a civil servant, called on parents to control their children, especially the under-aged, and ensure that they were kept at home ? to avoid being used to ferment trouble??.

She advised security operatives and INEC officials to ensure that they discharged their statutory responsibilities accordingly.