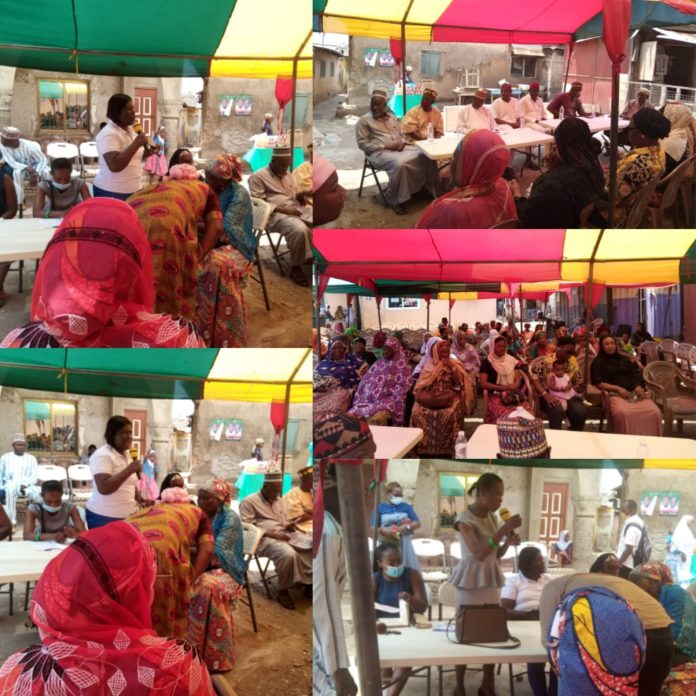 Inerela+ Ghana, a Non-governmental organisation has held a day’s education on what the law says about violence against women and girls for community members of Mamobi in Accra to prevent abuses in marriage.

Assistant Superintendent of Police Ms Mavis Adjei, Nima Divisional Head of DOVVSU in a presentation said about 90 per cent of women in the psychiatric hospitals had mental trauma due to ill-treatment in marriages.

She said domestic violence refers to physical, sexual and psychological acts which occur in families including; battering, sexual abuse of female children in the household, marriage-related violence, marital-rape, female genital mutilation and other traditional practices that were harmful to women.

ASP Adjei said others were rape and defilement and were all acts against the law and encouraged women to report such cases to the Police, DOVVSU and Social Welfare for the necessary action to be taken for redress.

She asked men to put a halt to their authoritative posture at home and allow the women to have a say in the management of the home, while urging the wives to be humble towards their husbands for peace to prevail in marriage.

“It has been said that the man is the head of the home, but what I know is that marriage should not be master and servant affair, but should be mutual friendship and understanding among couples,” she said, adding that women and girls who went through violent situations always looked traumatized and reserved in society, leading to mental problems.

She called on community members to be their brothers’ keepers by reporting violence against women and girls to the law enforcement agencies to curb the act in society.

Sheik Zakaria-Addo, an opinion leader at Mamobi who spoke on “What the Muslim religion says about violence against women and girls” said women were created special by God and pleaded with them to package their lifestyles well to attract respect from men.

He said many women had allowed themselves to be cheated by men because they harboured the maltreatment and the pain they went through in marriage and that the time had now come for them to channel those bitterness to the appropriate quarters for redress.

Sheik Zakaria-Addo advised married couples to always allow happiness to prevail in their marriages because without that the children become wayward and victims of social vices.

Mrs Mercy Acquah-Hayford, Country Coordinator of Inerela+ Ghana urged women to engage themselves some businesses to become self-reliant to reduce their dependence on men.

She also asked them to reduce the acquisition of personal belongings and invest much of their resources in the schooling of their children because that would be the lasting legacy they could bequeath to them.

“If a man leaves you and your children during the course of the marriage be committed and move on in life. As a woman find some trade and stop the habit of buying all kinds of clothing and put your money into educating your children to become responsible adults,” she told the gather who were mostly women.

Mrs Acquah-Hayford said Inerela+ Ghana had come to empower women to know what was right for them to live a dignified life.