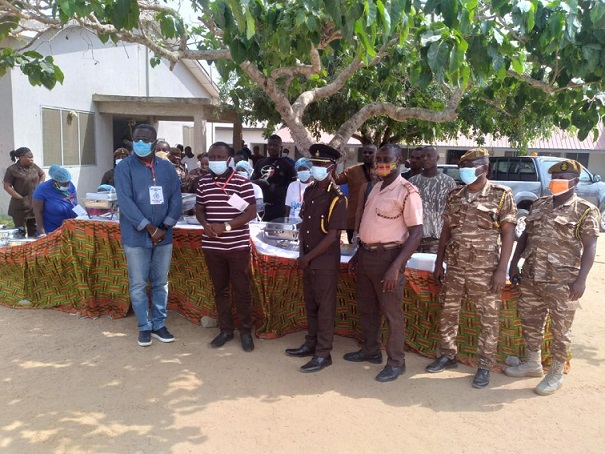 He said such skills would facilitate their reintegration into society.

Mr Kwarteng gave the advice when the Foundation with support from Rabotec Group organised a party for inmates of Camp Prison in Kasoa in the Awutu East Municipality in the Central Region.

The all-male prisoners were treated to delicious Ghanaian foods and drinks.

In addition to the food and drinks, the Camp was given 1,000 dollars.

The CEO of Rabotec Group also donated GHc30,000 to the Foundation to support the petty offenders project.

Mr Kwarteng, who is also the Ambassador Extraordinaire of Prisons, said the skills acquired would help in the rehabilitation and reformation of the inmates.

He appealed to the leadership of Parliament to pass the non-custodial Sentencing bill into law, adding the bill had been in Parliament for a long term.

Mr Kwarteng expressed the commitment of the Foundation to continue to support ex-convicts to reintegrate into society.

The Officer in Charge of the Camp, Mr William Thomas Anaman expressed gratitude to the donors.

He said the Camp had maize, beans and vegetable farms, where the inmates were taught good farming practices.

“The boys are trained in good farming practices, so that by the time they leave prisons, they will be well-equipped to support themselves through farming and be useful to themselves and society,” he added.

He said the management of prison inmates must not be left in the hands of only Prison Officers, saying, “While we manage theme for the angle of the law, individuals, faith-based organisations and other companies can also support to take care of them,” he added.

He appealed to the public to come to the aid of the Camp with infrastructural development.

The in-charge said the Camp had 120 inmates but it could take up to 400 inmates when more infrastructure was provided.