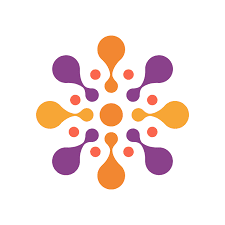 The denial of income security, negative cultural practices, stereotyping, and gender-based violence among other things, remain the bane of society leading to the violation of fundamental human rights of women and girls globally.

It is because state institutions mandated to protect women and girls from gender-based violence have not handled the job effectively, due to their functional inadequacies to deliver the needed services.

Again, hidden from our view are the dreadful daily experiences of violence that blight the lives of women and girls, including sexual violence, occur in the countryside and cities, in schools, work places and especially the home.

They are constantly subjected to various forms of abuses including harmful cultural practices such as Female Genital Mutilation (FGM), child marriages and denied access to Sexual and Reproductive Health and Services (SRHS), leaving them helpless, poor and dependent on men for financial and other supports.

However, due to the sustained perpetration of these violations over decades, the ‘wrongs’ have been generally accepted by women and girls as a way of life, because there are not enough corresponding punishments for perpetrators of these violations, to deter others from carrying out similar offences.

Panelists at a session on: “Accelerating Action to End Violence against Women and Girls,” at the Nairobi Summit of the International Conference on Population and Development (ICPD25), therefore, called on governments to do more by strengthening policies, institutions and structures to preserve the rights of women and girls from being violated, and empower them to become economically independent.

Ms Phumzile Mlambo-Ngucka, the Executive Director of UN Women, in her submission, said; “It is not only the perpetration of violence, but women live in constant fear because of these negative societal norms”.

She said women want income security and must be given equal opportunities to access economic services to empower them economically to be independent and be able to defend themselves against violence.

Dr Quentin Wodon, a Lead Economist at the World Bank, said child marriage, for instance, is a form of gender-based violence, which requires sustained advocacy to achieve the needed change in the norms and stereotypes that promote this form of abuse against girls.

In his analysis of the economic impact of child marriage, he said: “If you reduce child marriage, it reduces the impact on fertility, as well as the high risk of infant mortality”.

Dr Wodon called for increased investment for girls’ education and sustained interventions to ensure that they stayed and complete school, taking into account affordability and accessibility.

He stated that sustained education of females delayed child bearing, which would also reduce the high risk of infant malnutrition and mortality rates.

He encouraged the use of peaceful dialogue to tackle the problem of inter-partner violence, acknowledging that even though efforts to address these challenges started several years ago, progress has been too slow to end violence against women and girls.

Dr Wodon called on countries to adopt systematic and coordinated approaches to get the requisite state institutions to perform their respective roles of preventing these shameful social acts against women and girls globally.

Mr Rasmus Prehn, the Minister for Development Cooperation, Denmark, said gender-based violence must always take the center stage on agendas at both local and global discussions, and called for workable policies to end these negative practices.

He said lessons from Denmark have shown that economic independence and high levels of education alone do not guarantee protection for women and girls from violence, but rather the use of strategies such as dialogue, counselling and psychology, changing norms, and introducing effective ways of dealing with conflict without violence are more effective.

Henriettie Geiger, the Director of People and Peace, Directorate of Gender for International Cooperation and Development, at the European Union (EU), said her outfit had invested some 500 million Euros into projects in member countries to end gender-based violence.

The panelists admitted that although a lot was being done to end this social canker, real accountability would be achieved through the radical change of culture, the way society socialises and deals with each other, and the urgent inculcation of positive moral values into children to enable them to grow up to accept all humanity as equal players in every sphere of life.

We must also acknowledge that just as no society is immune from these violent acts, we are all part of the solution in that no woman or girl must be allowed to feel isolated or in danger. Therefore, not only should societies provide women with much needed security but must offer them opportunity, equality and prosperity.

From the massive financing gap for women-led enterprises, inadequate data, laws and cultural norms that negatively affect women, to the lack of representation in businesses and even politics, the challenges are great, but then the opportunities are also there to bring about the needed change.

This year marks the 25th Anniversary of the ICPD in Cairo, where 179 governments adopted a landmark Programme of Action (PoA), which set out to empower women and girls for their sake and for the benefit of their families, communities and nations.

The three-day high-level Nairobi Summit ICPD25, which was co-convened by the United Nations Population Fund (UNFPA) and the governments of Kenya and Denmark in November 2019, brought together more than 9,500 delegates from all over the world to mobilise the political will and financial commitments urgently needed to finally and fully implement the ICPD Programme of Action (PoA).

Dr Natalia Kamen, the Executive Director of the UNFPA, said: “We have made incredible gains since then, but too many people are still being left behind. And too many nations have not been able to fully reap the demographic dividend because young people and other groups still lack agency, education and access to critical health services”.

She said increasing the pressure, therefore, is the deadline to achieving the Sustainable Development Goals by 2030, adding, “We cannot do that if we don’t also reach the goals laid out in the ICPD PoA”.

Dr Kemen said the Nairobi Summit was a successful springboard for governments and other organisations to announce voluntary global commitments including financial ones that will accelerate progress, sustain and amplify gains made since Cairo 1994 ICPD.

Innovative financial models and resources from governments, international financial institutions and the private sector are required to finish the ICPD agenda by 2030.

These commitments are centered on achieving zero unmet needs for family planning information and services, zero preventable maternal deaths, and zero sexual and gender-based violence and harmful practices against women and girls.

This, therefore, calls for the strengthening of institutions, which are mandated to safeguard the rights of women and girls, to undertake their activities effectively without any hindrance.