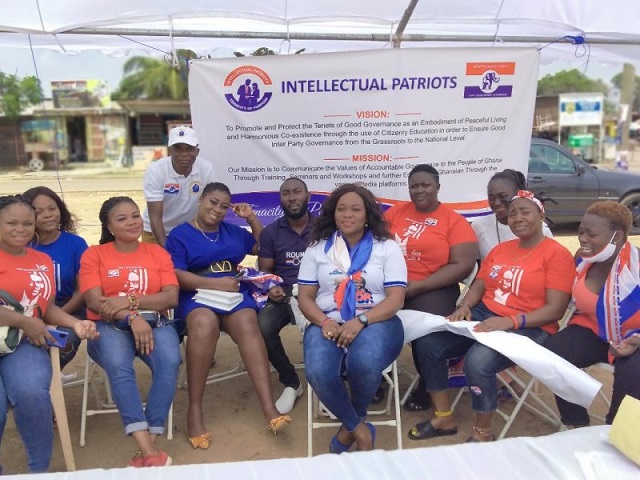 Intellectual Patriots, an advocacy group, has educated artisans in the Tema West municipality on the New Patriotic Party’s (NPP) manifesto as it intensifies its campaign to garner support for the ruling party.

It took place at a public forum in Tema Community Five, dubbed “Understanding the NPP’s Manifesto: How do I benefit as an artisan”.

He said artisans had peculiar needs which ought to be adequately addressed by the provision of technical and vocational skills training, adding that the party’s manifesto made such provisions for these groups of workers to directly benefit from the national cake.

Citing the NPP’s 2020 manifesto, he noted that the government, through the National Entrepreneurship & Innovation Programme (NEIP), created to channel resources and support young entrepreneurs, had yielded significant results, including the training of 19,000 entrepreneurs and start-ups in modern business practices.

Under the National Entrepreneurship Policy developed to deepen Ghana’s entrepreneurship ecosystem, he said the government gave funding of between GHS10,000 and GHS100,000 to 4,350 young entrepreneurs and start-ups to scale-up their businesses.

“Some 40 innovative young entrepreneurs, of between 18 and 25 years have been supported with funds to implement their business ideas under the Presidential Pitch” he said, and further stated that 850 women entrepreneurs with disability had been given funding of GHS2 million to scale up their businesses.

“1,000 male entrepreneurs with disabilities are being given funding of GH¢2 million to scale up their businesses as well.”

These significant feats, he said were not known to many, especially artisans who otherwise were direct beneficiaries of these policies and programmes and as a result “they are being misled by members of the opposition to create an impression that the ruling party had seemingly neglected them which is untrue.”

Mr Yeboah said as an advocacy group with a mission to communicate the values of accountability and good governance to the people through training, seminars and workshops, it found it prudent to take the party’s manifesto to the door step of the people.

He said the sensitization programme would be replicated in the Tema East, Tema Central and Korley Klotey Constituencies of the Greater Accra Region, adding that the Advocacy Group was sourcing funds from some institutions to give credit facilities to artisans to assist them to expand their businesses.

Nana Yaw Opoku Danso, Leading Member, Intellectual Patriots, who is also the Assembly Member of the Kaiser Electoral Area told the Ghana News Agency (GNA) that the Tema West Constituency was poised to retained the NPP in power by having a streamlined campaign detailing the party’s achievements in the last four years.

With the expectedly remarkable strides made by the party thus far, he said it was evident that the electorates would appreciate the works of the President by endorsing him overwhelmingly on December 7.