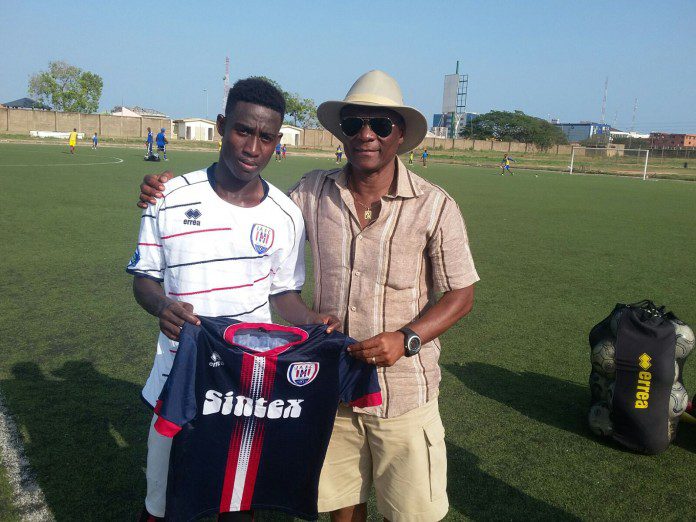 New Inter Allies signing Isaac Twum says he hopes to move abroad within just a year of joining the club.

The teenager sealed his move from Heart of Lions to the Tema-based club only last week.

Twum was also wanted by Asante Kotoko but he eventually decided to choose Inter Allies who only got promoted to Ghana’s top flight two seasons ago.

The attacking midfielder says he hopes to secure a move abroad within just a season at Inter Allies.

“I want to excel here in my first season so I can get a move outside,” he told GHANAsoccernet.com.

“Inter Allies have a good record of giving player like myself the opportunity to impress and attract foreign offers.

“They will be ready to let me go once the right offer arrives so it is now left to me to impress.”

Twum had trials in Belgian side Club Brugge earlier this year.

He was however unable to make his desired move abroad for reasons not yet known.