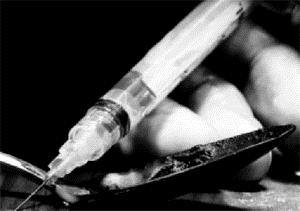 The Bill, which was laid in Parliament last year, was not passed due to challenges including the busy schedule of parliamentarians within the election year and the absence of stakeholder consultations before the laying of the Bill in Parliament.

Mr Dery said this when he met the staff of the NACOB during a familiarisation visit to the Board which falls under the Ministry.

He said he had sent the amended Bill to the Attorney General and had since received it back.

The next step, he said, was to hold stakeholder consultations after which it would be sent to Cabinet and then subsequently to Parliament for passage.

The Bill is expected to elevate the Board’s status to a commission, expand its powers and also resource it to enable it to better discharge its duties.

“I’m a big advocate for NACOB,” he said, and commended the staff and management for the achievements, including several arrests, in spite of the limited resources available to them.

Mr Dery said the budgetary allocation to the Board had been increased from GHC400,000 in 2016 to GHC500,000 in the 2017 Budget, adding that he would work to get the staff the needed resources.

He stressed the need for intra and inter-agency collaboration in the quest to fight drug crimes, given that drug cartels were increasingly becoming more sophisticated with huge resources at their disposal.

“We want to fight narcotic drugs at a higher level and we need to do so in co-operation with the international community. We need to up our game in-country and work in concert with international organisations,” he noted, adding that Ghana received a lot of support from international partners.

Mr Dery said it was important for agencies that fought against drug trafficking to also be well resourced to deal with the emerging challenges.

He urged the staff of NACOB to continuously improve themselves through training and capacity building and pledged to help by facilitating their exposure more to international systems.

He said the Ministry was currently engaging the United Nations Office on Drugs and Crime to garner support for Ghana in the fight against drugs and also to have a sub-regional office in Ghana.

In an interactive session, the staff members expressed dissatisfaction about their conditions of service, including huge disparities in the salaries of senior and junior officers, which was not encouraging and did not motivate them to give their all in discharging their duties.

They called on the Minister to help remedy the situation.

They said the lack of a board of directors for the NACOB, for some time now, was hindering the effective service delivery and urged the Government to ensure that a board was constituted for the organisation.

Other issues raised included the courts granting bail to suspects of drug trafficking which put the arresting officers at risk.

They appealed to the Minister to help retool the organisation with the requisite facilities to help make it more effective.