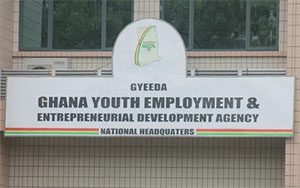 The Court of Appeal on Tuesday dismissed an application for an interlocutory injunction filed on behalf of Mr Philip Akpeena Assibit, an accused person standing trial in the GYEEDA case for stay of proceedings. Justice Mrs Barbara Ackah-Yensu, a Judge of the Court of Appeal, in her ruling said the applicant has to establish why the application should be granted.

Mrs Ackah-Yensu, sitting as a sole Appeals Court Judge, said the application at the Court had delayed the substantial case at the High Court.

She said the law required that a prima facie case be made against an accused person and that was what the high court did.

Mrs Marina Appiah Opare, a Chief State Attorney, before the ruling opposed the application, saying the appeal had stalled the High Court’s proceedings.

She said the learned Judge in the case has some reasons and with the evidence available to rule for the accused person to open his defence.

Meanwhile, the accused person still has an appeal case pending before the Court of Appeal for stay of execution against the ruling asking him to open his defence.

Mr Raymond Bagnabu, Counsel for the accused person, earlier filed submission of no case, which was rejected by a Financial Court, a division of the High Court.

On June 19 last year, the High Court, ordered Assibit and Abuga Pele, a former Co-ordinator of the National Youth Employment Programme, to open their defence in respect of a GH¢4.1 million malfeasance case against them.

The order came after the Court had ruled that the state had established a prima facie case against Pele and Assibit, a representative of Goodwill International Ghana, in respect of 19 counts of defrauding by false pretences, abetment of crime, dishonesty and intentionally misapplying public funds and willfully causing financial loss to the state.

Mr Bagnabu served the Financial Court, hearing the substantial case, with a notice of appeal.

On the grounds of appeal, the applicant said the trial judge erred in failing to recognise that the existing outstanding contradictions in the evidence of the prosecution witnesses made it unjustified to call the accused to open his defence.

Mr Bagnabu said the Judge also erred when she applied wrong particulars of facts in coming to her decision, as regards count seven.

He said the Judge erred in law in calling the accused person to open his defence when it was clear from the evidence adduced on records that most of the vital ingredients of the various offences were not made out and the testimonies of the witnesses had been so discredited in cross examination.

“The Trial Judge erred in law in failing to appreciate the import of the issues raised in the submission of no case filed by the accused person,” he said.

He said his client would appear before a three-member jury to hear the substantive appear case.

Pele and Assibit have both pleaded not guilty to all the charges, and are on bail.