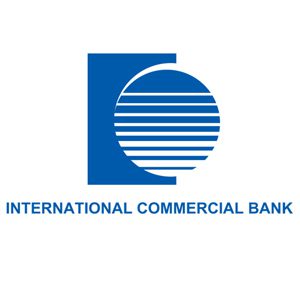 A private financial institution, International Commercial Bank (ICB), which allowed non-customers to withdraw huge sums of money from a customer?s account, has been punished by an Accra Fast Track High Court for negligence.

Between October 25, 2011 and November 16, 2011, the bank was said to have allowed seven separate withdrawals totaling GH?55,500.00 from the account of a company called Tabbi Enterprise Limited without the permission of the account holder.

As a result, the court, presided over by Justice L.L. Mensah after full trial, ordered International Commercial Bank Limited to forthwith pay GH?55,500.00 to Tabbi Enterprise, which ?it unlawfully, wrongfully and negligently paid to persons unknown to the plaintiff.?

The court said the bank should pay the amount with interest from October 25, 2011 till date of final payment and also awarded GH?5,000 cost against the bank.

The plaintiff, led by Prof. Ken Attafuah of Law Place, averred that they opened a current account at the International Commercial Bank Makola Branch in Accra and the sole signatory to the account was Mr. Ababio.

Between October and November 2011, several withdrawals were made from the said account at several branches of the bank in Accra and the withdrawals had been made with cheques that did not emanate from the plaintiff since he did not sign those cheques.

When the plaintiff detected the anomaly, he reported to the Makola Branch and was informed that CCTV captured images of two young men Obeng Aning and Nyaho Shepherd, who made the various withdrawals.

The bank, represented by Simon Okyere of Fugar & Co as counsel, had admitted that GH?55,500.00 was fraudulently withdrawn from the account of the plaintiff but insisted that the bank had exercised due diligence before the payments.

According to the court, when the parties were ordered to file their addresses, the defendant refused and therefore, Justice Mensah said ?the instant judgment is without any input from the defendant.?

?I don?t think this issue is in controversy. I said so because both parties are in agreement that GH? 55,500.00 was fraudulently withdrawn from the account of the plaintiff. The only problem is that each part is disclaiming responsibility as to whose negligence caused that huge sum of money to be lost to the plaintiff.?

The court held that under both common law and statute, the bank had breached the duty of care it owed the plaintiff by failing to ensure that monies could only be legally paid from its account upon his signature.

The judge further said that the rapidity with which the huge sums were paid out from the plaintiff?s account should have put the bank on its toes, adding ?sadly the defendant failed to be alive to its responsibility to the plaintiff.?

?I think the work of a bank is not only to receive and pay back to customers their money. The bank is also enjoined to put its professional expertise and technical competence in detecting and beating fraudsters.?

?As far as the duty and responsibility of the defendant bank are concerned, the bank was to pay the plaintiff on its demand for payment of money duly authorized from its account. Any unauthorized mandate from a third party is the problem of the defendant.?