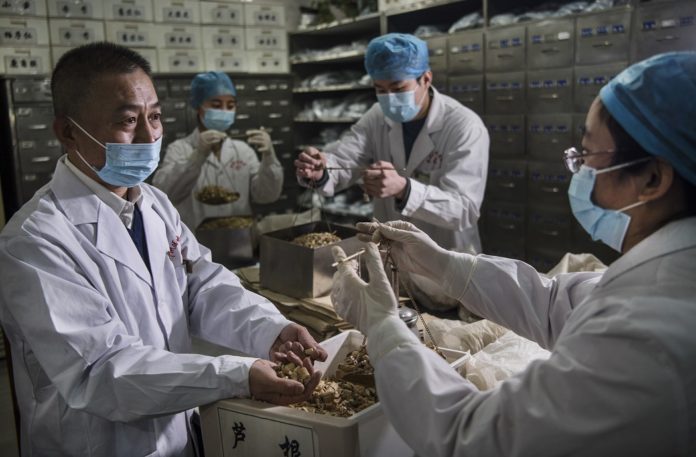 Leaders of foreign political parties and organizations have sent messages to China, speaking positively of the country’s achievements in the fight against the COVID-19 epidemic.

The messages sent to the International Department of the Communist Party of China (CPC) Central Committee also said China’s measures had won time for the world to combat the disease and led to valuable prevention and control experience from which countries around the world could learn.

They said they look forward to working together with China to stem the disease’s global spread.

In a joint message, Pakistan’s National Party President Abdul Malik Baloch and General Secretary Jan Muhammad Buledi paid tribute to the CPC cadres and the Chinese people for the valor and unity demonstrated during the fight against the epidemic.

They also condemned some Western media for making false claims about the outbreak.

Under the leadership of General Secretary Xi Jinping and the CPC, China will no doubt defeat its current difficulties and become ever stronger and more united, they added.

Secretary-General of the Mozambique Liberation Front (FRELIMO) Roque Silva Samuel said that China has made achievements in epidemic prevention and control, a reflection of the effectiveness of China’s measures.

Noting that the FRELIMO — supported by the CPC — has taken corresponding preventive measures, Samuel said that under Xi’s leadership, the Chinese government and people will quickly beat the epidemic and set an example for the world.

Secretary General of the Rwanda Patriotic Front Francois Ngarambe said that under the leadership of the CPC, the Chinese people have overcome many challenges, and the outbreak will prove no exception.

Ngarambe said he believes that the epidemic will not seriously impact the Chinese economy, and China’s long-term sound economic growth remains unchanged.

General Secretary of Cape Verde’s Movement for Democracy Miguel Monteiro said that as the epidemic continues to spread, some countries are facing increasing risks.

The Chinese government has taken strong measures and effectively contained the outbreak, Monteiro said, adding that China’s valuable experience is helping other countries across the world.

Slumber Tsogwane, chairman of the Botswana Democratic Party and vice president of Botswana, noted that the epidemic is not just a challenge for China but rather a common challenge for the whole world.

Had the outbreak originated in another country, the consequences would have been unimaginable, he said.

Tsogwane said that China has been actively sharing information and its experiences with the World Health Organization and other countries, demonstrating its sense of responsibility as a major country.

Polish Democratic Left Alliance Vice Chairman Andrzej Szejna said he believes the outbreak will not impede China’s path to modernization and the rapid growth of its economy, neither will it hinder cooperation between Poland and China, especially pertaining to the Belt and Road.

China’s experience in handling the epidemic will prove invaluable to global fights against possible future outbreaks, said the official.

Branislav Djordjevic, director of the Institute of International Politics and Economics of Serbia, said the Chinese leadership is dedicated to finding the best solution to safeguarding people’s livelihoods and reducing threats brought by the epidemic.

China’s efforts have earned international acclaim, Djordjevic said, expressing his belief that China will win the battle against the crisis and return to its devotion of building a moderately prosperous society in all respects