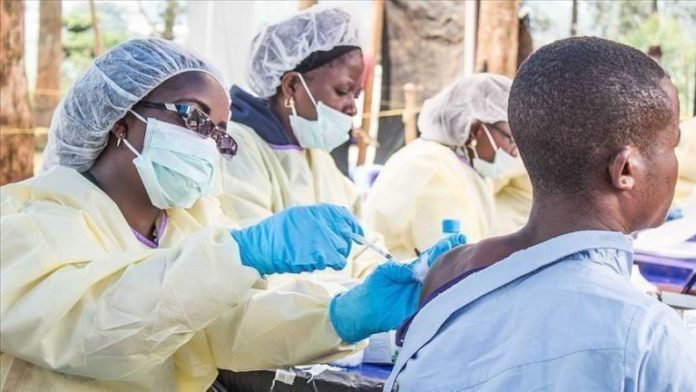 While the current number of total cases of COVID-19 in Africa is comparatively low, the potential for mass deaths across the continent is ominous, according to a study issued by the United Nations Economic Commission of Africa (UNECA): UNECA COVID-19 Response: Protecting Lives and Economies in Africa

If Africa, is to stem the elevated projected rate of morbidity and mortality from the coronavirus, it will require a massive infusion economic and medical assistance. In the last week COVID-19 cases in Africa increased by 46% from 16,000 to 26,000 with 1,200 deaths, according to the World Health Organization (WHO).

With civilization experiencing a pandemic that has upended all normalcy, affecting the very fabric of our social, economic, and political life on this planet, only a collective international effort will succeed in defeating this deadly invisible enemy. No alliance is more important in this war against death than that of the United States and China, which have the two largest economies.

According to the analysis by the UNECA, COVID-19 in Africa: Protecting Lives and Economies, a low estimate of .3 million to as high as 3.3 million lives could be lost due to COIVD-19. The study also estimates that from 2.3 million to 22.5 million could require hospitalization, and .5 million to 4.4 million would require critical care. A minimum of $44 billion will be required for emergency healthcare.

The causes for these horrifying projections include:

56% of the nearly 600 million Africans who live in urban areas-336 million, live in slums
66% of Africans do not have access to household hand washing facilities
Prevalence of underlying medical conditions especially HIV/AIDS, tuberculosis, and malnutrition
An average of only 1.8 hospital beds per 1,000 people
94% of Africa’s stock of pharmaceuticals are imported
I have written that Africa has a deficit of an estimated 1.8 million healthcare workers. The average for sub-Saharan Africa (SSA) is an absurdly low 0.21 doctors for 1,000 people compared to Italy with 4.2 physicians per 1,000. Twenty SSA nations have .08 doctors or less per 1,000 of their citizens, with several at levels of 0.03 and 0.02 doctors. Over twenty-five SSA nations have 1 bed or less to treat 1,000 of their population

In addition to the conditions listed above, the informal economy is another major factor contributing to the projected high rate of African fatalities, the informal economy. Africa has an extraordinarily large percentage of its labor force, between 70-80%, employed outside of conventional hourly wage, and salaried employment. These jobs, if you can call them that, primarily involve hawking consumer goods on the street, selling in congested markets or from makeshift store fronts, barely provide a living, and have no health or unemployment insurance. For the majority of Africans, if you do not work, you do not eat. Thus, Africans are faced with the life threatening dilemma of obeying sheltering in place or starving their family.

According to the UNECA study, the economic consequences for Africa from COVID-19 could be devastating.

Economic growth could drop from 1.8% to -2.6%
From 5-29 million pushed into extreme poverty-$1.90 per day
19 million jobs lost
Increased borrowing, devaluation of currencies, and plummeting commodity prices
“To protect and build towards the Continent’s shared prosperity, $100 billion is needed to urgently and immediately provide fiscal space to all countries to help address the immediate safety net needs of the populations,” reiterates Vera Songwe, UN Under Secretary-General and Executive Secretary, Economic Commission for Africa, according to Africa Renewal

Poverty, and lack of basic infrastructure, especially electricity has been killing Africans for decades. In the current conditions of this deadly pandemic, poverty, unarguably will be the biggest factor in the death rate from COVID-19. According to a recent report Strategy to Defeat the Pandemic, released in EIR magazine, SSA has:

14% of the world’s population
60% of the world’s extreme poor
70% of those worldwide lacking access to electricity
20% of urban dwellers worldwide living in slums
They highlight the case of Nigeria, which typifies the conditions throughout SSA. Nigeria has 200 million people, 41% living in extreme poverty, 55% with no access to electricity, and 55% of their urban population living in slums. Citing Time magazine, EIR reports that Nigeria has only 500 ventilators per 2.5 per million people, 200 times less per capita than the US that has 170,000 ventilators for 330 million people.

Africa and the world cannot afford to lose millions more of our fellow human beings to death and poverty. Our failure over the last half century, to eliminate poverty, hunger and install a quality healthcare system, following the liberation of African nations from colonialism, has proved fatal.

For humanity to defeat this deadly virus, global cooperation is imperative. Unfortunately, President Donald Trump, for opportunistic reasons, has succumbed to appalling and unjustified attacks on China. President Trump has placed a higher priority on his re-election, by appealing to the prejudices of his base of supporters, than leading a worldwide military style campaign against COVID-19. While not as extreme as some in his administration, President Trump has joined the chorus from both the Republican and Democratic parties in blaming China for the spread of COVID-19. His recent attacks on the WHO, alleging collusion with China, and subsequently cutting off funds to the WHO, is a case in point. The WHO is being unfairly scapegoated as part of geo-political crusade vilifying China.

Not surprising, the instigation against China comes from British Secret Intelligence MI6. On April 15, John Sawers, former chief of MI6 (2009-2014) told Reuters, “China concealed crucial information about the novel coronavirus outbreak from the rest of the world and so should answer for its deceit.” He told BBC, “There is deep anger in America at what they see as having been inflicted on us all by China, and China is evading a good deal of responsibility for the origin of the virus, for failing to deal with it initially.”

Since then, more wild unsubstantiated claims from the Trump administration have been launched accusing China of creating the COVID-19 at its virology lab in Wuhan. President Trump has vacillated in deciding whether China created the virus intentionally or accidently, with no evidence at all presented to substantiate these allegations.

If, the projections of fatalities resulting from COVID-19 are correct, Africa will need assistance from all its partners. The scale of this crisis demands it. The United States and other Western nations must extirpate the geo-political ideology that treats African nations as pawns in countering China. Africa needs basic infrastructure. Roads, power, railroads, clean water, hospitals, etc. are crucial for Africa’s survival. Speaking at a Johns Hopkins webinar on April 22, Gyude Moore, from the Center for Global Development, and former Liberian Minister of Public Works (2014-2018) unequivocally recognized that China is performing a unique task in Africa. He told his audience that if China were to stop building infrastructure in Africa, there would be no one to fill that vital role. Contrary to many Africans who foolishly believe that China is colonizing Africa, Moore stated, “China should not leave the continent.”

As I and others understand, including Gyude Moore, Africa’s infrastructure requirements are so enormous, that all of Africa’s partners can share in developing this huge continent, whose population is expected to double to 2.4 billion in the next 30 years.

It is imperative that saving lives and defeating this coronavirus be the foremost concern of all citizens, leaders, and institutions. Let us use the occasion of this perilous time in our history, to jettison all prejudices, grievances, ideologies, and small mindedness, to aspire to be the noble and generous human beings the Creator intended us to be.

Lawrence Freeman is a Political-Economic Analyst for Africa, who has been involved in the economic development policy of Africa for 30 years.