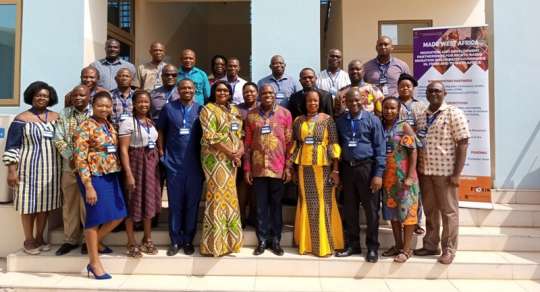 Intra-regional mobility has the potential to promote economic development in both migrant receiving and sending countries.

Professor Mariama Awumbila, Project Coordinator of Migration and Development Partnerships for Rights-Based Migration and Mobility Governance in, from and to West Africa, (MADE West Africa), said about 80 per cent of migration on the continent was within.

She, therefore, called for developing an integration strategy to strengthen African countries and to enhance the implementation of the ECOWAS Free Movement Protocol on the continent.

“Majority of African migrants move to other African countries, thus, using them as a first step before migrating to Europe and other Asian countries,” she added.

She was speaking at a second multi-stakeholder workshop to promote intra-regional mobility within the ECOWAS region by enhancing their skills to address the challenges and fully implement the free movement protocol in Ghana and Sierra Leone.

It is also to provide a platform for participants from both countries to further discuss the mechanisms and strategies for addressing the various challenges associated with the implementation of the free movement protocol and to finalise the roadmap.

Some of the challenges she said included; low knowledge on the protocol, harassment of ECOWAS Community Citizens as they cross the borders, discrimination against citizens, lack of data, especially on management information systems to manage movement within West Africa region, and lack of coherency between some aspects of the protocol and national laws.

She said the issue of Ghana was the banning of foreign traders in certain sectors of Ghana’s trade at certain level such as retail trade.

“Meanwhile the ECOWAS protocol allows for the right of establishment and therefore they are allowed to work. So there is that contradiction between the ECOWAS Law and the Ghanaian Laws,” she added.

Prof Awumbila who is also a Professor at the Centre for Migration Studies and the Department of Geography, University of Ghana, said the project realised that efforts were underway by the ECOWAS Secretariat and some governments to address some of the challenges.

Professor John K. Teye, Director of Centre for Migration Studies, University if Ghana, said as part of the project, a study was conducted by the Centre to identify obstacles to the implementation of the free movement protocol in Ghana.

He said the findings indicated that despite some achievements, there were still some challenges to the implementation of the free movement protocol, especially with regards to the right of residence and the right of establishment components, but with some aspect of the right of entry component.

The ECOWAS adopted the Protocol on Free Movement of Persons, Right of Residence and Establishment in 1979.
Since then,a number supplementary protocols were designed to facilitate the flow of goods, services and labour within the ECOWAS region.

Against this background, the MADE West Africa project, funded by the European Union and Coordinated by International Catholic Migration Commission, seeks to promote intra-regional mobility within the ECOWAS region by addressing obstacles to the full implementation of the free movement protocol, with particular reference to Ghana and Sierra Leone. 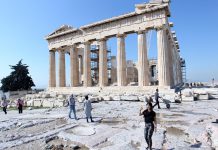 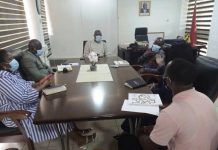