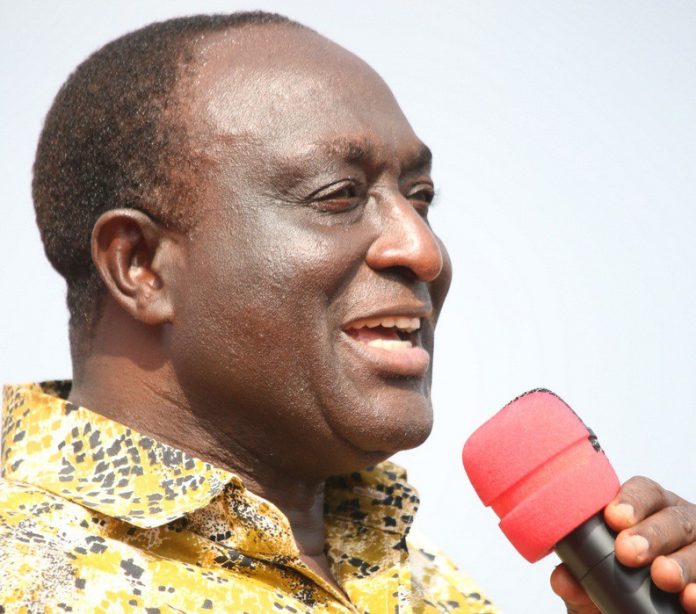 Mr Alan Kyerematen, the Minister of Trade and Industry, has said the introduction of the Integrated Customs Management System (ICUMS) was of strategic importance to the country’s trade facilitation agenda.

He said the country needed a trade facilitation system that was attractive and supportive of businesses in its quest to become the investment destination of choice not only in West Africa but on the African continent.

Mr Kyerematen said this at a stakeholder engagement organised by the Accra Airport sector of the Customs Division of the Ghana Revenue Authority at Terminal Three in collaboration with the management of ICUMS.

The Forum convened at the instance of the Sector Commander, Thomas Daniel Williams, was attended by the Accra Commander and the Head of the ICUMS Implementation Taskforce Emmanuel Ohene.

It deliberated on ways to help curb the current delays in the processing of documents.
Mr Kyerematen said with the introduction of the ICUM system, the KIA has achieved significant revenue gains and exceeded its target.

He commended the leadership of the KIA Accra Sector Command and stakeholders for the efforts in improving revenue mobilization.

He said the gains were made, particularly within the context of COVID-19 which was a major hindrance for trade facilitation and revenue mobilisation.

The Minister said despite the challenges, the team at KIA was able to meet its target.
He said KIA was one of the few entry points that were able to implement the new system smoothly despite the initial challenges.

He said when the system was introduced, there were stakeholders, who did not appreciate the change, because of the lack of understanding of the technology.

“The system is bearing its testimonies,” he added. He said the country’s trade facilitation and customs management landscape was characterised over the decade by a multiplicity of service providers.

Mr Kyerematen said the actual reason the change was not just critical but appropriate was “we ought not as a country not to be having challenges with revenue mobilization at this stage of our development.”

He said the introduction of ICUMS was to address the challenges of the multiplicity of service providers working within the same environment in an uncoordinated manner.

“So, this suggested the need for a comprehensive integrated end to end system built on one platform that will have an internal mechanism to provide effective risk management that allows for revenue collection,” he said.

The Minister said that once there were a multiplicity of service providers on an electronic platform, it became very difficult to manage the interface between the various users.

He said Ghana could not become a destination of choice when it could not manage its trade facilitation agenda.

He said with the introduction of the Continental Free Trade Area the need had become more imperative because the country could legally be considered as the commercial capital of Africa.

He said an effective trade facilitation system promoted the ease of doing business and ensure companies competitive.
Mr Thomas D. Williams, the KIA Sector Commander, told the GNA that the new system was superior to the previous ones.

Mr Richard Ackah, Chairman of Ghana Institute of Freight Forwarders, Airport said the fora should be held to validate the system and address some of the challenges raised by stakeholders.

He commended the leadership of the Sector Command for their continuous efforts to create awareness on the system and to address challenges that come with it.

ICUMS is a system built by Universal Pass (UNI-PASS), specially tailored to Ghana’s situation and provides an end-to-end supply chain solution that incorporates and consolidates existing systems currently in operation.