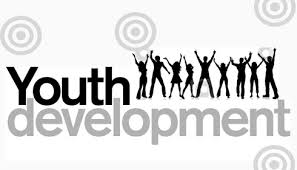 The Member of Parliament for Asikuma-Odoben-Brakwa, Mrs. Georgina Nkrumah Aboah, has appealed to stakeholders in the development of the area to take advantage of the numerous opportunities in the constituency to invest there to create employment for the youth.

She said the lands were without litigation, the area was free of chieftaincy disputes and appealed to investors to advantage of the peace in the area to invest in tourism sites.

Mrs Aboah said this when she addressed a durbar of chiefs and the people of the area at Breman Asikuma during this year?s celebration of the Odwira festival.

She said she had supported over 100 brilliant but needy students in the constituency, completed Brakwa Health Centre?s medical laboratory and provided dual desks to the District Education Directorate.

She commended the people for their initiatives and efforts at helping in developing the traditional area to complement government?s efforts and urged them not to relent.

Prof. Aning reminds chiefs of the critical roles they play in promoting peace

Chiefs in Ngleshie Alata asked to unite for development