Global giants Barclays, JP Morgan and HSBC are among 17 banks named as part of the two-year investigation. 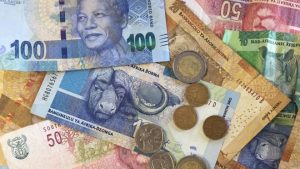 It has called for the banks to be fined 10% of in-country annual turnover.

The banks are now likely to face prosecution at the country’s Competition Tribunal over the alleged currency manipulation, which investigators say goes back as far as 2007.

Several banks have already said they will cooperate with the authorities.

Foreign exchange scandals have rocked the international markets over the past ten years and now it’s South Africa’s turn to host one.

The opposition Economic Freedom Fighters is calling for the banks to have their operating licences immediately revoked.

However, another opposition party, the Democratic Alliance says the timing of the case is suspicious, given that in his State of the Nation address last week, President Jacob Zuma referred to the competition authorities as one of the tools that would be used to drive radical economic transformation forward.

Even if, as expected, the 17 banks come to some sort of settlement with the South African authorities, the whole saga will still be another blow to the sector’s reputation.

It has also given certain politicians more ammunition to bash the banks yet again – President Zuma recently accused the country’s four largest banks of controlling the economy.

The South African rand has nearly halved in value against the US dollar over the past five years, as the country goes through an economic crisis.