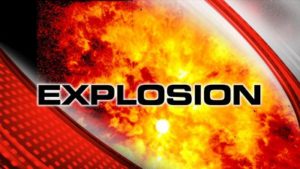 The Chief Executive Officer of the Tema Oil Refinery (TOR), Isaac Osei, has revealed a full-scale investigation is being undertaken to determine the cause and impact of an explosion at the facility.

There was an explosion of the furnace at the Crude Distillation Unit (CDU) of TOR on Thursday, January 27.

The new furnace was commissioned in mid-December 2016 and coincided with TOR’s receipt of its first indigenous crude oil from the Tweneboa-Enyenra-Ntomme (TEN) field. It has been supportive of production until it exploded internally at 10:40am on Thursday.

In an interview with Jonas Ofori-Yeboah on 12 Live on Class91.3FM Friday January 27, Mr Osei explained that the affected facility was quickly doused and is being examined.

“Fire from the explosion was quickly contained, the furnace has been isolated for further analysis and the report will determine further action,” he stated.

He has, however, allayed fears of any fuel shortages adding that there is enough oil to meet the needs of the country.

Even before a report is presented on the incident, the Institute of Energy Security (IES) has said: “The non-adherence to safety protocol and standard operating procedures, lack of adequate supervision, inexperienced operating and production management personnel, and complacency are many of the factors that could result in such an incident.”

The IES has, thus, called on the management of TOR, the National Petroleum Authority (NPA), the Ministry of Energy, and the government to, as a matter of urgency, launch an investigation into the incident to unravel the cause of the blow-up, and take steps to restore capacity while preserving the remaining production capacity.

“Anything short of these could jeopardise the country’s fuel security, threaten jobs, push back the gains made so far by TOR, turn the refinery to a storage terminal again, and impact negatively on the country’s socio-economic growth,” IES said.

Until 26 January 2017, TOR had the capacity to supply approximately 61 per cent of the country’s fuel demand. This was made possible after the completion of installation of the new furnace to replace the old furnace 01-F61, which broke down in 2013 and as a result forced the Crude Distillation Unit (CDU) plant to drop to 28,000 barrels per stream day from a designed capacity of 45,000 barrels per stream day.