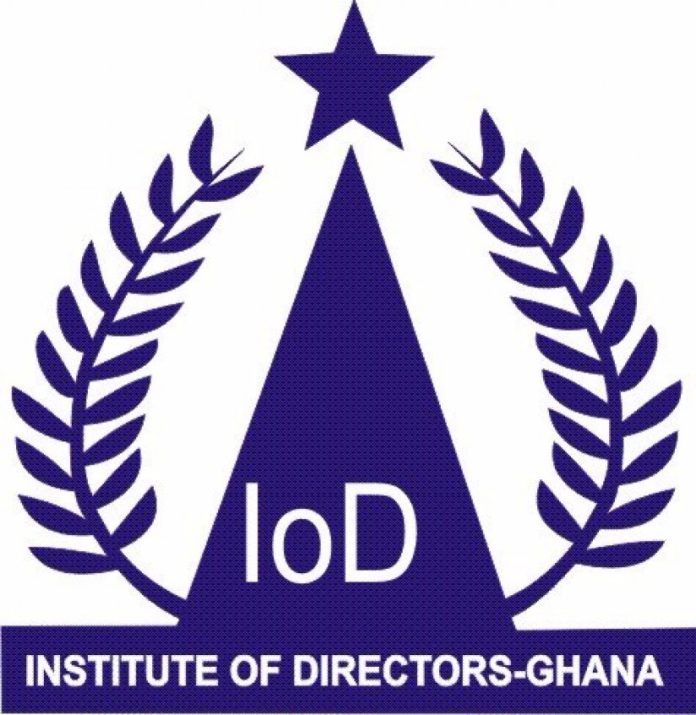 The Institute of Directors-Ghana (IoD-Gh) has elected an eleven Member-Board to champion the objects of the Institute in promoting good governance in the country.

This was contained in a statement signed by Frederick Emmanuel Aryeetey, Chief Executive Officer (CEO), IoD-Gh.

It said the election was at its 14th Annual General Meeting (AGM), held on January 14, 2021 via Zoom where Mr. Rockson Dogbegah, President and Reverend Mrs Angela Carmen Appiah, the Vice-President, were elected unopposed.

Frederick Emmanuel Aryeetey, the CEO, is an automatic member of the Board per the Constitution of the Institute.

“The new Board was thereafter sworn into office by Her Ladyship, Justice Sophia Rosetta Bernasko Essah, a Justice of the Appeals Court of Ghana,” it said.

The statement said the President of the Institute, speaking at the AGM, recounted the achievements of the Institute for the past two years, which included; increased membership by over 400 new members.

It also worked towards transitioning of the Institute to become a professional institute after twenty (20) years of existence, development of a Bill to legislate Directorship in Ghana, which was currently undergoing Stakeholder consultations.

The statement the Institute also established the Institution of the Directors’ Week Celebration and the IoD-Gh Corporate Governance Excellence Awards, among others.

“A new Constitution for the Institute was unanimously adopted by members at the AGM,” it said.

Mr Rockson K. Dogbegah, in his acceptance speech, expressed deep appreciation to the immediate past Council for the sacrifices made to achieve the successes chalked.

Mr Dogbegah, also the Executive Chairman of Berock Ventures Ltd, thanked members of the Institute for the confidence reposed in him and the newly elected Board Members and assured of the Council’s commitment to championing the objects of the Institute and to promote the culture of good Corporate Governance in Ghana.