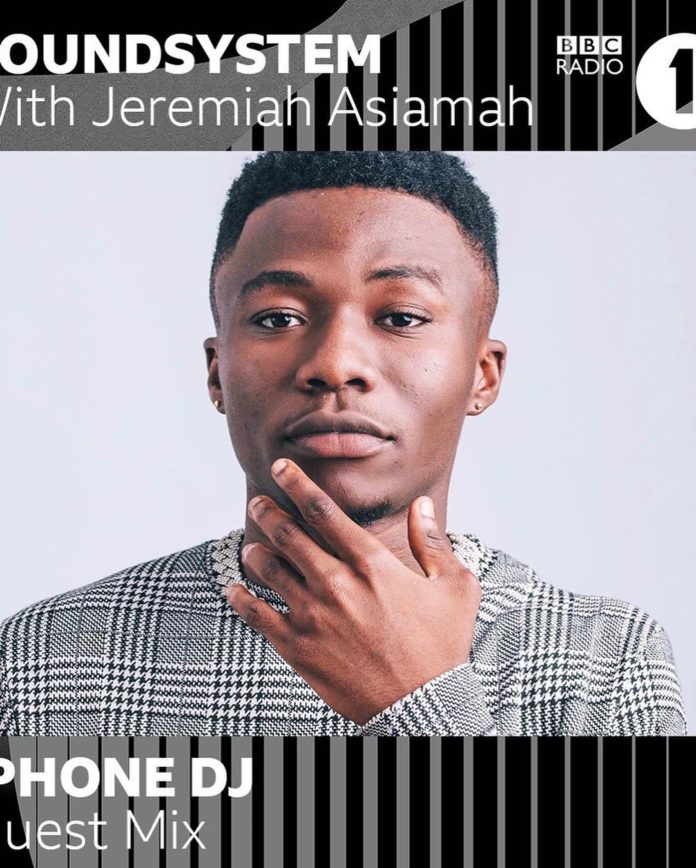 The most sought after young Ghanaian Disc Jockey, Iphone DJ has made a guest appearance on BBC Radio 1 Sound System show.

iPhone DJ becomes the second Ghana based disc jockey to have played on the British Broadcasting Corporation’s Radio 1 in recent times.

IPhone DJ’s career kicked off from his sound cloud page in the year 2017, he started sharing short mix tapes, which he made with a DJ app (djay2 by algoriddim) via sound cloud with his friends.

These mix tapes, which he called cruise control, gained a lot of attention. Streams per mix tape were over 20,000 on sound cloud and this sparked some positive attention to his style of playing music.

During that same year, he played his first club event at Paparazzi Night Club. After which he started scoring major tertiary concerts and club events all over the country.

With his unique style of play and his growing popularity, IPhone DJ had become a more special talent amongst the major industry names. In about a year after coming out as a Dj, he bagged his first award at the 2018 GHANA DJ AWARDS for best Campus DJ of the year.

He then became of the official DJ at Bloombar that same year, which went on to be one of the most recognized nightlife establishment in Ghana. In that same year, IPhone DJ bagged his first endorsement deal with Orijin (a beer manufacturing company) and was featured in all the major festivals (tidal rave, Detty Rave 2, little Havana and a dozen others).

He has performed with several top stars like Idris Elba, Mr. Eazi, Davido, Wizkid, Sarkodie, Efya, R2bees and many others on several platforms and shows.

IPhone DJ also one o the few brand ambassadors of algoriddim Djay software in Africa and first in Ghana to gain such recognition from the world brand.

IPhone DJ is currently the in house DJ for Legacy Life Entertainment and also doubles as the personal DJ for Afrobeats sensation King Promise.

BBC and VOA suspended in Burundi for 6 months

The Christian Church Role in Eliminating Poverty in Africa

Kufuor Could Have Done More To Fight Corruption

Albert Don-Chebe Must Be Joking!