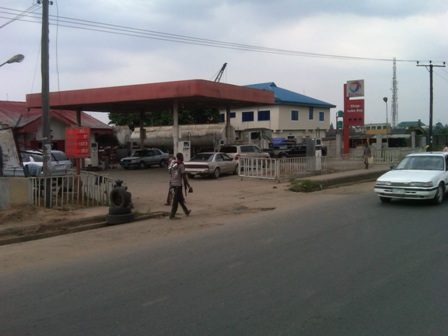 The warning strike embarked upon by the Independent Petroleum Marketers (IPMAN) in Anambra State on Thursday October 23, 2014 is expected to be called off today, Friday October 24, 2014 following the resolution of the immediate concerns raised by the marketers at a meeting held earlier today at the Government House, Awka. However, Anambra State Government has warned the Independent Petroleum Marketers (IPMAN) in the state to ensure that their members desist from exploiting unsuspecting customers with high pump prices and dispensing of products with maladjusted meters at Filling stations. The warning came in the wake of the ?Weigh-and-Measure? spot-checks carried out on October 20 and 21, 2014 by members of the Committee on Petroleum at some Filling stations in Awka and environ.

Speaking on the outcome of the exercise, Senior Special Assistant to the Governor on Oil & Gas, Ms Ngozi Okoye said that the exercise became necessary to sanitize the operations in the Petroleum Downstream sector in Anambra State, and further ensure that Ndi Anambra get value for their money whenever they purchase petroleum products.

According to Ngozi Okoye, the spot-check was a warning exercise meant to call the operators to order and also remind them of their responsibility to the consumers. She said that ?part of the oversight function of the Committee is to ensure that accurate pump prices and meter measurements are complied with by the marketers. The Committee, in the course of the exercise, inspected 22 filling stations and detected various sharp practices and meted out immediate sanctions like sealing-off pumps where necessary to deter further occurrence.?

She explained that of the 22 Filling stations inspected, 16 of them had their nozzles seized because their meters reflected unacceptable readings ranging between 20.60 litres and 24.00 litres for a 20 litre measure. The implication of this action is that an unsuspecting customer who innocently paid for 20 liters actually got 16 litres instead, thereby being cheated by 4 litres. The customer has therefore paid more for less. She also confirmed that some unscrupulous operators made attempts to bribe the team in order not to take drastic action against them. These were rebuffed and appropriate sanctions applied.

The Senior Special Assistant observed that IPMAN members embarked on a warning strike to protest the spot-checks, amongst other claims. She further stated that as a listening government, the Committee has held meetings with the marketers in order to understand their grievances and resolve the impasse amicably without compromising on the approved and accepted industry standards. She further confirmed that the consultative meeting with the Executive members of IPMAN will be a continuous exercise going forward.

No One Would Sell a Litre of Fuel Below N180 – IPMAN

‘’Memoirs from the Hilltop’’ launched