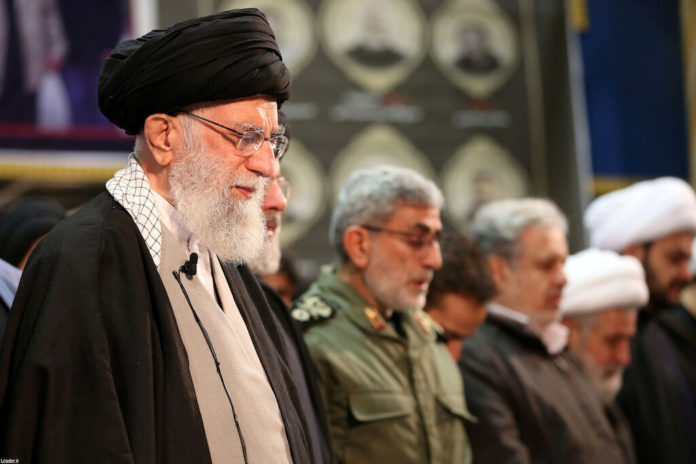 “The sanctions the Americans have exerted against the Iranian nation are for sure a grave crime,” Khamenei said in a televised speech on the occasion of the Muslim feast of Eid al-Adha.

“Although the sanctions seem to be against the (Islamic) establishment, it is indeed against the entire nation,” he noted.

The immediate goal of their pressure is to exhaust and disturb the Iranian nation and to make the nation stand against the Islamic establishment, he said. Their next major goal is to prevent Iran’s development through sanctions, the Iranian top leader added.

The United States seeks to pressure Iran to abandon its nuclear industry, reduce its defensive capability and give up its regional influence, said Khamenei. “One of the other goals they pursue is to dismantle the country’s economy,” he pointed out.

The Iranian leader noted that nuclear electricity is indisputable need for Iran which needs at least 30,000 megawatts of nuclear power in the future.

Khamenei also said Iran’s enemies seek to cut the country’s ties with the resistance forces in the region. “We have a strategic depth in the region, on the basis of which many nations and governments are our supporters, interested in Iran, and ready to strive in the service of our goals,” he said on the state TV.

The Iranian leader also dismissed the U.S. calls for negotiations as “no use,” saying negotiations with Washington means “making yourself defenseless” and “giving to their demands.”

“They (the Americans) say you should abandon your defensive equipment, your regional power and national might,” Khamenei said.

“Moreover, we are in talks with the entire world, except for the U.S. and the fake Zionist regime,” he added. The Iranian top leader noted that his country will resist all pressures by the United States, as “one of the benefits of U.S. sanctions for Iran has been a decrease in our reliance on selling crude oil and moving toward a non-oil economy.”