“The latest report said 14 people were killed and 20 wounded in Kadhmiyah suicide bomb attack,” the source said on condition of anonymity. 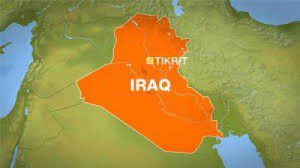 The attack occurred during the morning rush hour when a suicide bomber detonated his explosive vest at a crowded checkpoint near Adan Square at the entrance of Kadhmiyah district, the source said.

The blast set fire to several nearby civilian vehicles and damaged many others, along with destroying part of the checkpoint’s building, the source said.

Earlier in the day, the source put the toll at three killed and 11 wounded in Kadhmiyah blast, citing initial police report.

No group has so far claimed responsibility for the attack in downtown Baghdad, but the Islamic State (IS) militant group, in most cases, is responsible for such suicide attacks, targeting areas where crowds of people gather, including markets, cafes and mosques across Iraq.

Iraq has been hit by a new wave of violence since the IS terrorist group took control of parts of Iraq’s northern and western regions in June 2014.

A report by UN Assistance Mission for Iraq (UNAMI) estimated that 662 Iraqis were killed and 1,457 others wounded in acts of terrorism, violence and armed conflict in June across Iraq.

Many blame the current chronic instability, cycle of violence, and the emergence of extremist groups, such as the IS, on the U.S. that invaded and occupied Iraq in March 2003. Enditem

Iraqi president calls for calm amid dispute over election results

Iraq orders arrest of people for promoting normalization with Israel