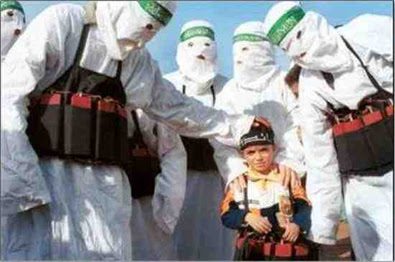 Britain raised its terrorist threat level from “substantial” to “severe” in response to the risk posed by radical jihadists in Iraq and Syria. Home Secretary Theresa May said that raising the level means the British government believes a terrorist attack is “highly likely.”

But she stressed that there is no specific threat to Britain and no reason to believe an attack was immanent.

“The increase in the threat level is related to developments in Syria and Iraq, where terrorist groups are planning attacks against the West,” May said in a statement.

“Some of those plots are likely to involve foreign fighters who have travelled there from the UK and Europe to take part in those conflicts,” she added.

The terrorist Islamic State group has seized large swathes of Iraq and neighbouring Syria in recent months, triggering international fears of the emergence of a regional militant enclave.

Earlier this month, the United States started airstrikes against the Islamic State’s targets in Iraq after the group’s sweeping advances forced many thousands of the country’s minority Christians and Yezidis to flee.

The al-Qaeda splinter group released on Friday a video purporting to show its militants decapitating what they said was a Kurdish fighter captured in northern Iraq.

The video showed masked gunmen with alleged Kurdish captives wearing orange outfits. In an ensuing clip, the victim appeared kneeling before he was beheaded near a mosque said to be located in the militant-held northern city of Mosul.

In the video, titled “A Message in Blood,” the insurgents threatened Kurdish leaders with more such beheadings if they do not stop backing the US in its drive against the radical Sunni group.

The authenticity of the video could not be verified.

The group also threatened to kill another American journalist in its captivity unless the US ends airstrikes that started in Iraq earlier this month.

On Thursday, President Barack Obama said he had not yet devised a strategy for going after the Islamic State militants inside Syria and remained focused on protecting US interests in Iraq.

His remarks dampened expectations – fueled by media leaks from US officials – that airstrikes against Islamic State targets inside Syria could be imminent.

Obama stressed that defeating the group will require a regional response to the threat, which he said cannot be solved through US military involvement alone.

US Secretary of State John Kerry would soon travel to the region amid efforts to build an international coalition against the Islamic State.

Backed by the US aerial campaign, the Kurdish Peshmerga troops are pursuing a major offensive against the jihadists and have already retaken several towns from them in recent weeks.

The Peshmerga Friday repulsed an attack by the Islamic State fighters near the oil-rich town of Kirkuk, Kurdish commander Hakim Karim said.

“This was the third attack by the insurgents in the area in the last 24 hours, but the Peshmerga troops have repelled all of them.” He did not report any casualties.

Meanwhile, at least 39 extremists were killed in strikes by Iraqi government warplanes on the southern outskirts of Kirkuk located 250 north of the capital Baghdad, an Iraqi army officer said.

The Iraqi army, backed by allied tribal fighters, has in recent weeks stepped up counter-attacks in the northern Sunni heartland to wrest back from jihadists the territory they had captured in a blitz in June.