Iraqi security forces on Saturday stopped a wave of looting and burning of public facilities, houses and shops by groups of Shiite militias in the city of Tikrit, the capital of Salahudin province, days after freeing the city from the Islamic State (IS) militants, a provincial security source said. 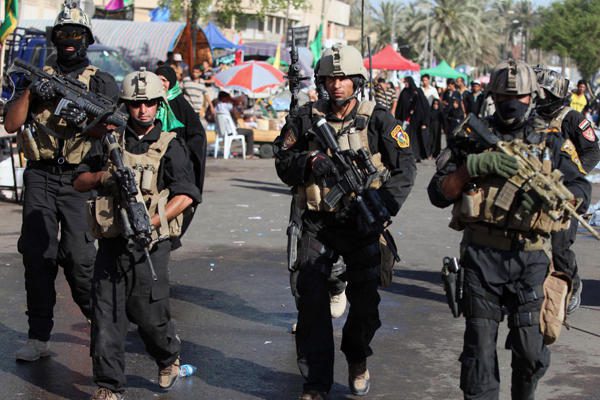 The Iraqi forces set up checkpoints on the entrances of the city, preventing in and out movement except for those who are carrying official identities of the security forces and vehicles that are not carrying stolen properties, the source told Xinhua on condition of anonymity.
Meanwhile, the source said that orders were issued for the Shiite militias known as Hashid Shaabi, or Popular Mobilization, to withdraw from the city which will be controlled by the army unites and local policemen.
Late on Friday, Iraqi Prime Minister Haider al-Abadi, who is also the commander-in-chief of the Iraqi armed forces, said in a statement issued by his office that he gave orders to the security forces to arrest anyone “breaking the law” in Tikrit, which located some 170 km north of the Iraqi capital of Baghdad.
The statement said that the prime minister ordered the security forces to preserve the properties and public facilities in the Tikrit, as Sunni politicians reported that looting and arson had taken place in the city by groups of Shiite militias within hours after the Iraqi government declared on Wednesday that forces had retaken the Sunni Muslim city from the IS militants.
Since March 2, some 30,000 Iraqi troops and thousands of allied Shiite and Sunni militias have been involved in Iraq’s biggest offensive to recapture the northern part of Salahudin province, including Tikrit and other key towns and villages, from IS militants.
Large parts of the province have been under IS control since June 2014, after bloody clashes broke out between Iraqi security forces and the group. Enditem