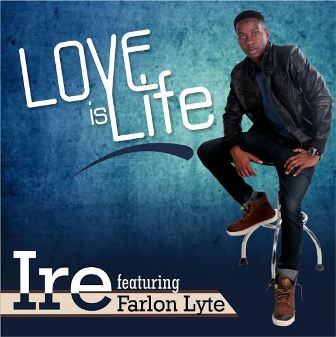 Irebolaji Arowolo popularly known as Ire, born on November 3, 1987 in Kaduna, Nigeria where he also grew and studied; studied International Relations at Coventant University, Ota, Ogun state and graduated in 2010. He’s been a music lover and performer for most of his life as he was born into a mucic backround. His dad was his first musical influence, the popular Nigerian popular Gospel singer “Bola Arorowolo”. Ire also is a profound singer and writer and has written hit songs for the popular choir of the Common Wealth of Zion Assembly (COZA), Nigeria and is currently working on his debut album which promises to be nothing less than incredible. “Love Is Life” is one of the tracks that will be on his debut album; a means by which to fade hate away and amplify and create an awareness of the need to love one another.