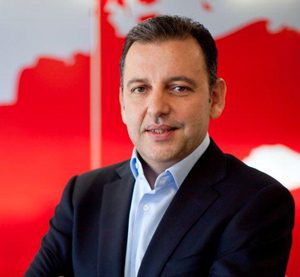 Vodafone, one of Ghana?s largest mobile network operators, has rolled out some remedial measures to resolve its network problem.

According to the company, the measures were put in place after the customers encountered network problems on June 3, 2014.

Haris Broumidis, Chief Executive Officer (CEO) of Vodafone Ghana, in statement, said the company conducted a thorough root cause analysis to identify the cause of the problems.

He said the network issues were caused by an electrical surge, which caused damage to six boards in three of its routers.

Mr. Broumidis said the company had replaced the faulty six boards and had also taken additional steps to improve the reliability of the network in future.

?We are undertaking a detailed Technology and Power audit to ensure the future strength of our network,? he said.

Mr. Broumidis said the systems have been performing well since the remedial steps were introduced, stating that the company had conducted several network performance tests, which show the network experience is back to normal.

He said the company on June 5 began the compensation of its customers for the inconvenience caused by the outage, noting that the majority of its prepaid customers have already received compensation and its enterprise customers would receive a discount on their bills at the end of June.

Mr. Broumidis commended its customers for their understanding and loyalty, noting that the company would remain committed to providing its customers with the best services.

Vodafone Ghana was recently banned by the National Communications Authority (NCA) from adding on new subscribers either through sales and activation of new SIMs or by porting, as punishment for its network challenges.

The company was also banned from introducing new services, promotions, offers and all marketing communications.

According to NCA, the directive would be in force until the end of next month.

Capacity of women with disabilities strengthened