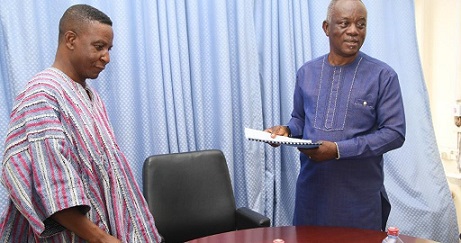 Mr Samuel Tetteh Korboe, the outgoing Chairman of the Audit Committee of the Information Services Department (ISD), has urged the Department to review its charges and tenancy agreement to push up its revenue.

He said rent paid by occupants of the Department’s landed properties located in prime areas, such as Kanda and North Industrial Area, was very low.

Mr Korboe made these remarks when the Audit Committee of the Department officially ended its four years tenure.

The Committee, which was constituted in 2017, had its mandate renewed in 2019 after the first term of two years of service.

He said the Committee had a very fruitful working relationship with the Department and expressed the hope that the Department would extend the same level of support and cooperation to the next Committee.

He said, however, that the Committee detected few audit infractions during the four-year term of office and, therefore, asked the management to build the capacity of the staff of the Internal Audit Unit and the Accounts Section to enable them to tighten all the financial transactions to nip future audit infractions in the bud.

Mr Korboe recommended to the management to seek advice from public institutions such as the Internal Audit Agency, Ministry of Finance, Controller and Accountant-Generals Department to help the Department sanitise its financial transactions.

Mr David Owusu-Amoah, the Acting Chief Information Officer, said because of the good counsel of the Committee for the past four years, the Department never appeared before the Public Accounts Committee to answer questions.
“Although there were challenges before and after the inauguration, the Audit Committee has helped us do things in the right way,” he added.

He said the ISD had learnt a lot of lessons from their services and pledged the support of the Department to the next Committee to be re-constituted.