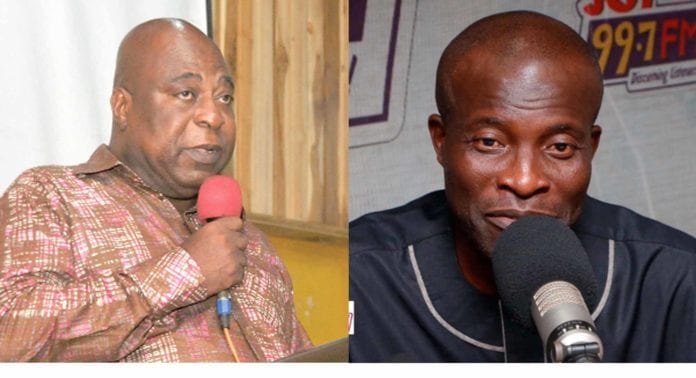 A large number of key stakeholders from the Tema East Constituency in response to the uprising dissatisfaction of leadership from the current Member of Parliament of the area Hon. Daniel Nii Kwartei Titus-Glover has made declarations of the return of the Regional Minister.

The Regional Minister in the person of Hon. Ishmeal Ashitey who currently occupies the Greater-Accra regional seat in the parliament of Ghana served as Member of Parliament for Tema East from 1996 to 2008, and between that period, he was first appointed as Minister of State for Fisheries from 2001 to 2003 by former President John Agyekum Kufuor.

Reports suggest that, not only did Mr. Titus-Glover resisted such an exercise to be carried out at the Community 1 market “Kwasia dwaso” after the approval of General Assembly, a highest decision making body of the assembly, but also abused the Metropolitan Chief Executive verbally, before the traders and the Restoration Works Crew of the Assembly.

According to the youth, there have been no infrastructural project since Titus-Glover occupied his seat. He has been good at disrespecting authorities and the opposition as well as promoting disunity among his own NPP members.

Sources within the constituency hinted that, the decision of calling back the 63 years old Hon. Ishmeal Ashitey was because of the great leadership skills he showed in his term of office.

Reports reaching Tema Politics can confirm the interest of the regional minister in coming back for his seat though we are yet to hear from the horse’s own mouth.