dpa/GNA – The Israeli Health Ministry has announced that it will open up vaccinations against Covid-19 to everyone aged 16 and above starting on Thursday.

A spokesman for one of the country’s four Health Maintenance Organizations (HMO), Meuhedet, confirmed to dpa that it had received a message from the ministry saying: “In light of a situation assessment conducted with the CEOs yesterday, we will probably open the vaccinations to all ages starting from tomorrow.”

The ministry said in a statement that even though the vaccine appointments would be available to all those eligible, it had instructed HMOs to focus efforts on those above the age of 50 alongside those unable to leave their homes.

The vaccine is currently available to everyone aged 35 and over, as well as to teenagers aged 16 to 18, to enable them to take exams.

In Israel, more than 3.2 million people have received the first dose of the vaccine and almost 1.9 million have also received their second dose too.

Nonetheless, despite this and a nationwide lockdown, daily case numbers remain high.

The ministry said on Wednesday that 7,919 new virus cases were recorded the previous day.

While Israel currently has the highest number of inoculated residents per 100 people, demand for the vaccine had recently fallen, two HMOs told dpa.

However, there have also been major violations of lockdown restrictions, and a failure to enforce the regulations in certain cases. 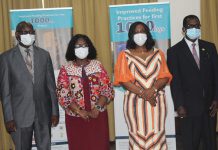 Pakistan: Global bodies should decide which Covid jabs are accepted

Britain to ditch orders to wear face masks on July 19