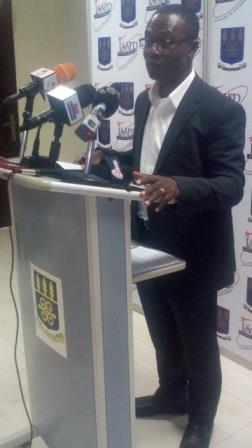 The Institute of Statistical, Social and Economic Research (ISSER), of the University of Ghana, has said that given government’s desire to boost investments in the agricultural sector, the roles of agricultural development banks and financial institutions will have to be revised.

According to the ISSER, this has been made necessary because of the Agricultural Development Bank and National Investment Banks’ decision to neglect their sole duty of banking for agriculture alone and not engage in universal corporate banking.

Speaking at the ISSER 2018 post budget analysis in Accra, Dr Charles Godfred Ackah, the Head of Economics Division, ISSER, said governments underlying persistent issue with the agricultural sector has been and still is getting investments from private institutions.

He said addressing the incentive structure in the agriculture sector to the extent that promotes private investments may prove more sustainable than programmes that essentially give handouts to farmers, which according to him believes will not solve problems in the sector in the long run.

He noted that, government’s inability to attract private investment is so because Ghana’s agricultural sector, has and is largely rain-fed, so most of the expected sector outcomes or revenue are still subject to climate variability, particularly rainfall.

Dr Ackah said the slow pace of government in addressing the climate vulnerability burden is worrying.

“The overreaching agenda for 2018 is the creation of jobs, an agenda for which the agricultural sector is expected to play a role through ‘investments in Agriculture and Agribusiness’, and because Ghana’s agriculture is still largely rain-fed, most of the expected outcomes are still subject to climate vulnerability.

“Addressing the incentive structure in the agricultural sector to the extent that promotes private investments may prove more sustainable than government handouts of seeds and fertilizers to farmers. There is no overwhelming evidence that such approaches have been successful in the past”, he added.

The Head of Economics Division said that at the current market interest rates, it is impossible to invest profitably in agriculture.

Also speaking to the Ghana News Agency, Professor Peter Quartey, a Senior Economist for the ISSER said there is the need for government to form new banks that will operate strictly and solely for the agriculture and manufacturing sector of Ghana, which according to him has the potential to offer more to Ghana’s GDP than it is currently doing.

“Because the ADB and NIB are now shifting focus from the agriculture sector and engaging more in universal banking, the need has risen for the formation of a new bank solely for agriculture and manufacturing which has the potential to create more jobs, or otherwise government will have to reform them”, he said.