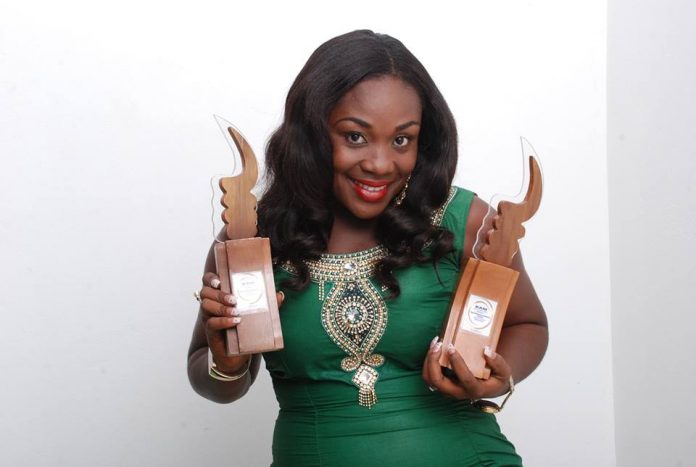 She is young, pretty and talented and apparently quite enterprising. But she also needs to be confident and unafraid of competition. Well, actually, she may possess all of the sterling qualities listed above and then some, or none at all. For all of these foregoing qualities, as they say, are in the eyes of the beholder. And then sometimes objectively not. I am here, of course, talking about the Kumasi-based Ghanaian actress by the name of Emelia Brobbey. Well, I don’t watch a lot of Ghanaian telenovelas like my wife who watches them studiously and, I may also add, religiously on her I-phone; so I cannot determine whether the likes of Ms. Brobbey produce the sort of well-composed filmic dialogues and photography that have made the Nigerians a standout in the West African film industry.

Actually, the Nigerians are easily the best and brightest movie actors, producers and distributors in the global African community, period. But, of course, anybody who is old enough and has been following the trend of the modern film industry is well aware of the fact that the technology and the production of classical movies both began right here in the United States of America. I know this because I am also a student of the communications industry and have written and published quite a remarkable number of movie reviews, largely independently produced movies, in the past. Presently, however, I am not particularly into movies one way or another, although as a college professor of the media and journalism, as well, I do teach about some fundamental aspects of filmography, but with emphasis on their application in the study of investigative journalism, for example.

Then also, since movies are invariably produced within specific cultural contexts, I also teach that as well. What Ms. Brobbey clearly may not be aware of is that the suffix of “-wood” that appears in the names of the various globally recognized national industries, especially in the Third World, such as “Bollywood” (from the name of the City of Bombay or Mumbai, in India), and “Nollywood,” for the Nigerian film industry, in general, comes from the proto-filmographic term of “Hollywood,” which is the blanket term for the American film industry. Ms. Brobbey may even well have heard movie fans and critics alike refer to the Ghanaian film industry as “Gollywood.” Or, rather, is it “Ghallywood? And I suppose in South Africa, the industry is apt to be called “Sollywood” or perhaps “Sallywood.” And perhaps in Kenya, it is called “Kollywood” or “Kellywood,” and maybe “Tollywood” or “Tallywood” in Tanzania.

In Morocco, it may just as well be called “ 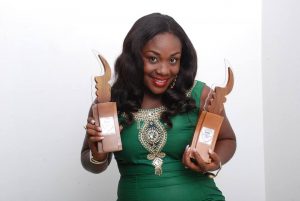 ” and then “Cairowood” or “Vollywood” in Cote d’Ivoire. You just never know what creative artists of all shades and stripes come up with by the minute, if not the split-second, these days. And I hope the young determined Kumasi-based actress fully appreciates what I am getting at with this spare-of-moment conversation. Actually, as the reader can clearly make out, this is no conversation at all, in the traditional sense of the term; I am simply talking at Ms. Brobbey, rather than “chatting” with her. But what does it matter, if in the end, I succeed in putting my views and words across the dinner table?

You see, all American movies are automatically presumed to originate or to have originated from Hollywood, California, but, in reality, not all movies are made on location in either Hollywood or even California. Indeed, quite a remarkable percentage of movies are also filmed and/or produced in such major U.S. cities as New York, Chicago, Atlanta and even Washington, DC, America’s capital. Nonetheless, they are almost all of them automatically identified with Hollywood, that imaginary Garden-of-Eden where it all began. In the latter sense, therefore, I can perfectly appreciate Ms. Brobbey’s great and publicly expressed annoyance with the term “Kumawood,” as a unique label for Kumasi-based performance artists and their directors and producers, because we also do not call actors and producers located in Accra “Accrowood” or “Teshiewood,” for example. And, by the way, the first world-renowned movie to be produced in Ghana in the colonial era was called “The Boy Coumassieni,” or some such title, so in a real sense, “Kumawood” is much older than either “Ghallywood” or “Accrowood,” the dear reader can pick her/his choice.

But whether one likes it or not, long before there was any movie industry in Ghana, Kumasi was globally recognized as the cultural matrix or capital of the Akan-majority populace of the erstwhile Gold Coast. Kumasi is the veritable cultural epicenter of Ghana, period. And so there is absolutely nothing wrong with Kumasi’s being afforded its pride of place, as it were, or its own nominal cachet in the Ghanaian movie industry. There may, indeed, be deliberately attached to the term “Kumawood” some qualitatively stigmatizing undertones. But who really cares? At the end of the day, all that matters is that Kumasi-produced movies are able to attract their fair share of the local and international movie market and motivate the key players involved to produce even more morally instructive and artistically competitive movies.

What I sense here, though, is the fact that performance artists and movie producers like Ms. Brobbey may be experiencing a serious crisis of identity, which is quite common in any human endeavor. I also don’t know how the bulk of our movie stars and producers are trained, but it well appears to me that we need quite a significant number of performance arts schools and institutes all across the nation, with instructional faculty of a caliber that rivals that of the best performing arts colleges and universities in the country. This aspect of the industry is what clearly gives the Nigerians a wide edge over their Ghanaian counterparts. But Ms. Brobbey’s problem well appears to be that of poor marketing and/or distribution skills (See “I Hate the Word ‘Kumawood’ – Emelia Brobbey” Kasapafmonline.com / Ghanaweb.com 5/9/17).

The fact that “Kumawood” is originally the name of an industry-promoting company that has erroneously come to be projected onto or associated with the film industry in Kumasi, in general, is all the more to be celebrated and not offhandedly disdained or pooh-poohed. I bet the owner of the Kumawood company has been laughing all the way to the bank for quite a while now. Else, he would not have established his “Akoben Awards” to make the Kumawood movie industry the unique Ghanaian cultural institution it clearly appears to be today.

*The writer is a former poet of Anokyekrom of the Ghana National Cultural Center, Kumasi (1979-1984).