News Ghana
Home Opinion Featured Articles It Is My Duty To Police My Colleagues – Dr Akoto... 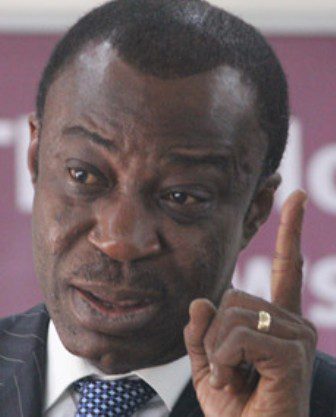 Dr Anthony Akoto Osei, the nominee for the Ministry of Monitoring and Evaluation, says his core mandate would be to police his colleagues to deliver on their mandate. 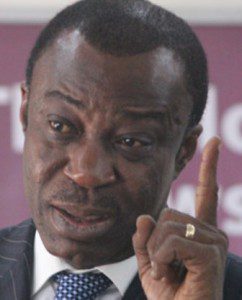 He said each ministry was expected to come up with matrix of performance indicators which the Cabinet must approve.

Therefore, he said, the Ministry would monitor all the various ministries to ensure that they met their targets and that in every quarter each sector minister ought to report to Cabinet on how far it had gone in achieving the indicators.

Dr Akoto Osei said this when he appeared before Parliament’s Appointments Committee, on Monday, for vetting.

He said the key performance indicators would be evaluated to ensure efficiency of government’s policies while the Ministry co-ordinates and liaises with the rest of the ministries.

He said the Ministry would constitute a Fiscal Council that would check the fiscal decisions of every sector ministry similar to the Monitoring Committee at the Bank of Ghana, saying a technical team would be constituted to complement the efforts of the Ministry.

The nominee, a former Consultant for the World Bank, noted that the Ministry for Monitoring and Evaluation would report directly to the President and would be part of the Cabinet in view of the crucial role it would play in realising government’s vision.

With regard to the specific role the Ministry would play in realising government’s vision, he said it would like to deliver public service in effective, efficient and timely manner, hence it would co-ordinate activities of the Government machinery for effective governance.

Answering a question regarding concerns raised by the public that his portfolio would be conflicting with the functions of the Senior Minister and Chief of Staff, Dr Akoto Osei said the latter would be coordinating activities at the presidency while the former would co-ordinate economic activities.

He said his portfolio would, therefore, monitor the activities of the ministries to ensure that they fell in line with government’s policies and programmes.

According to him the monitoring of the various ministries would make every political actor very active and, therefore, would assist the various monitoring and evaluation departments at the ministries to work effectively in performing their mandate which would inure to the benefit of Ghanaians.