News Ghana
Home Health ‘It tears every part of your life away’; the truth about female... 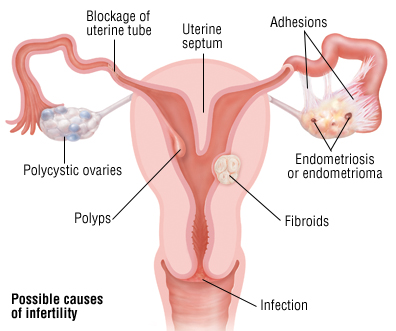 Infertility is a condition that affects approximately one out of every six couples, according to health experts

An infertility diagnosis is given to a couple that has been unsuccessful in efforts to conceive over the course of one full year.

When the cause of infertility exists within the female partner, it is referred to as female infertility.

“It’s like a judgment on your femininity and you feel like you are less of a woman,” Jocelyn, a 45-year-old news caster said when she narrated how she felt when the doctor broke the news to her.

She said she spent most of her 30s trying to have a child and the failure to do so, left her depressed, adding, in her quite moments she was often in tears.

She confides “no specific issue is diagnosed with my uterus, ovulation, cervix and fallopian tubes, yet I am unable to get pregnant. I felt I was short of what is required of me as a woman and the failure to get pregnant made me obsessed, frustrated, envious and angry”.

Jocelyn attributed her mindless triviality of moving from one clinic for infertility tests to one prayer camp for spiritual healing to frustration.

But, in all those disappointments, she said she haboured a nervous feeling that one-day she would be able to bear children.

For Salamatu, the situation was more disturbing as at age 28, when she was already married, and after unsuccessful period of trying to have children, she took an infertility test and learnt that she had no problem with her ovules, fallopian tubes and cervix.

The uncertainty, growing expectation with disappointments, according to Jocelyn and Salamatu, a-44-year-old “waakye” seller, highly exerted great stress on their marriages.

But, they said their hopes of being pregnant and having babies were resuscitated when they heard that female infertility could be treated and prevented as well.

Studies reveal that most common causes of female infertility include problems with ovulation, damage to fallopian tubes or uterus or problems with the cervix.

Age can however, contribute to infertility because as a woman ages, her fertility naturally tends to decrease.

Potential female infertility is assessed as part of a thorough physical exam and it will include a medical history regarding potential factors that could contribute to infertility.

Health service providers may use urine or blood test to check for infections or a hormone problem, including thyroid function and a sample of cervical mucus and tissue would also be used to determine if ovulation is recurring.

Pelvic examination and breast examination as well as laparoscope inserted into the abdomen to view the condition of organs and to look for blockage, adhesions or scar tissue are also necessary to check female infertility.

Female infertility is most often treated by taking hormones to address a hormone imbalance, endometriosis or a short menstrual cycle, medications to stimulate ovulation, supplements to enhance fertility, antibiotics to remove an infection and having minor surgery to remove blockage or scar tissues from the fallopian tubes, uterus or pelvic area.

It is an established fact that there is usually nothing that can be done to prevent female infertility caused by genetic problems or illness, however there are several things that women can do to decrease the possibility of infertility.

These include prevention of Sexually Transmitted Infections (STIs), avoiding illicit drugs and heavy or frequent alcohol use, as well as adopting good personal hygiene and health practices and regular checkups.

According to Dr. Kwadwo Addai Darko, an Obstetric Gynecologist, it remains extremely difficult for couples to have babies if they denied themselves sex for a long time.

Preferably couples must have sex thrice a week to be able to bear children and guard against infertility, he told the Ghana News Agency (GNA) in an interview.

Dr. Darko, who practices at the Regional Hospital in Sunyani, said most often couples were unable to bear children, not because they were infertile, but because they denied themselves sex for a longer period.

He said the best period for women to give birth was between 18 and 25 years, and cautioned couples to avoid late child birth and possibly give birth at shorter intervals.

Dr. Darko observed that it was also not good attitude for couples to stay or live at different locations if they expected to give birth.

Infertility, he explained was becoming a national health problem, and advised couples who were unable to have children to seek early medication and avoid the use of herbal medicine as well.

Dr. Darko noted that herbal medicine has no potency to manage or treat infertility, but it rather aggravated the condition of patients, saying early diagnosis advanced treatment processes.

He expressed regret that instead of women suffering from infertility to go for early medication, they went round prayer camps and applied herbal medicines and concoctions, which could not cure them.

“When they are unable to meet their hopes and aspirations, they then visit hospitals, which sometimes becomes too late for them,” he added.

Studies, he said showed that many cases of female infertility were as a result of a breakdown or blockage of ovules and tubes due to infections such as Sexually Transmitted Diseases and HIV.

In such cases, Dr. Darko said if patients were placed on early treatment, there was the possibility for their ailment to be managed for them to be able to give birth.