Actress Vivian Jill has replied critics talking about the fact that her husband was or not present during her baby’s naming ceremony held over the weekend. 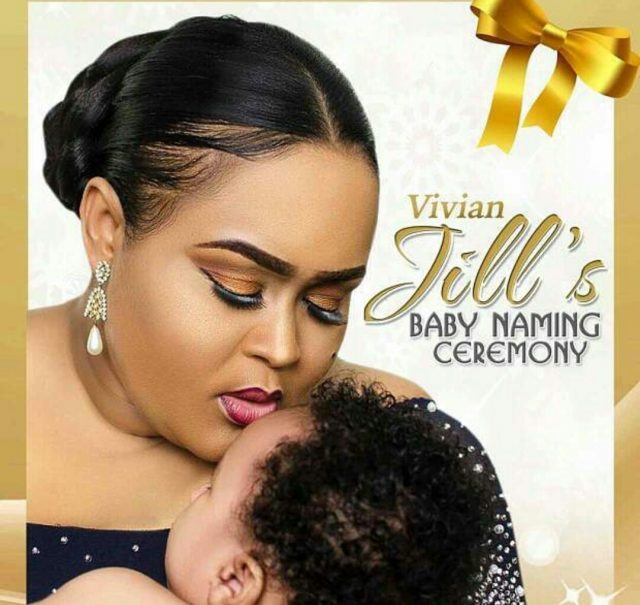 According to Vivian in an interview with SeancityGh, she said the event was not to showcase her husband but rather a naming ceremony of her son.

“It was my baby naming ceremony not to show my hubby”

News circulating on social media has it that the husband of Vivian Jill was missing at the naming ceremony of their new born son over the last weekend.

Other school of thought has it that the man in the pictures from the event’s premise cradling the child at his chest is the husband, which Seancitygh is reliably informed that the said man is not the husband but rather a brother to the husband who is in Germany.

Actress Vivian Jill Lawrence on Saturday 17th June 2017 held the naming ceremony for her adorable baby boy at her residence in Kumasi.