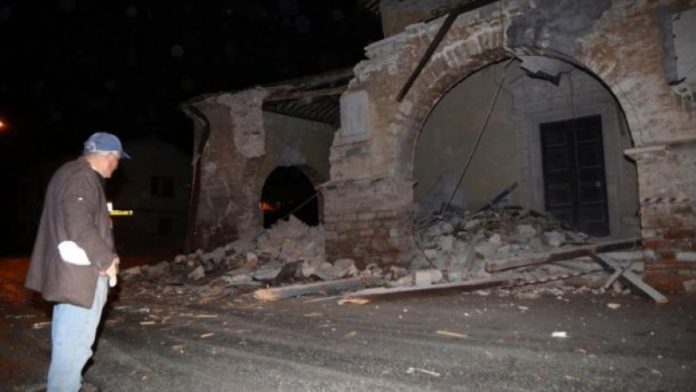 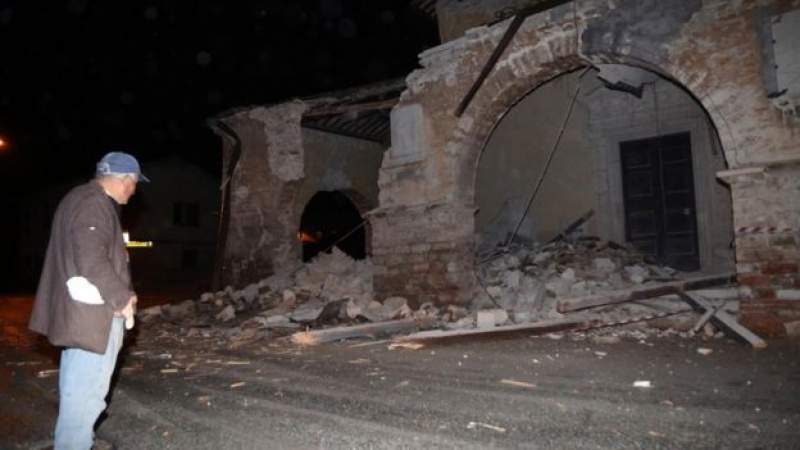 Emergency teams have worked through the night. In August an earthquake killed about 300 people south of Visso.

There are few reports of serious injuries but bad weather has been hampering efforts to assess the damage.

Visso is 70km (45 miles) from Amatrice, which was badly damaged in the 6.2 magnitude quake in August.

Wednesday’s earthquakes were felt across central Italy, including in the capital, Rome, where buildings shook and doors and windows rattled.

The second earthquake was considerably stronger than the first and numerous smaller aftershocks have occurred. One witness told Italian TV he saw part of a building collapse in front of him.

The town of Camerino is thought to have been badly damaged, and one resident told the BBC: “Everyone is leaving Camerino by foot or car to seek safety. Two churches are destroyed and many houses [have] fallen.”

In Campo, near Norcia in the Umbria region, the late 15th century San Salvatore church collapsed. It had been weakened by the earthquake in August.

There are also reports of downed power lines, damage to historic buildings and a landslide on a main road north of Rome.

These tremors were linked to the August earthquake, Italian officials said.