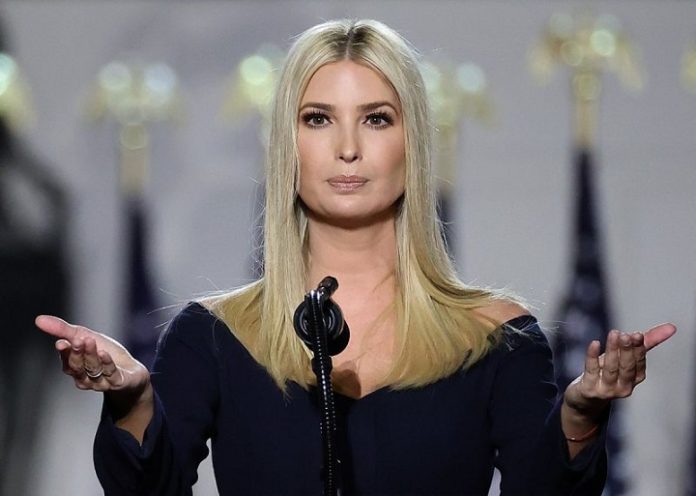 Ivanka Trump, the daughter of U.S President, Donald Trump, got into a Twitter spat with Washington’s Attorney General on Thursday after news broke that she was recently questioned in his investigation into her father’s inaugural committee’s sketchy spending patterns.

The Trump daughter, who serves as a Senior Adviser in her father’s White House, claimed Attorney General Karl Racine’s probe into the President’s 2017 inaugural committee is a “waste of taxpayer dollars.”

“This ‘inquiry’ is another politically motivated demonstration of vindictiveness,” she tweeted shortly after fresh court papers revealed she was deposed in Racine’s investigation on Tuesday.

Racine’s probe is born out of a lawsuit he filed over the summer alleging that Trump’s namesake hotel near the White House steeply overcharged his inaugural committee for event space in order to illegally line the pockets of his family business with donor cash.

Ivanka Trump, who was involved in the inaugural planning, included a screenshot with her tweet of an email dated December 14, 2016, that she said she had turned over to Racine’s office.

“I shared with them an email from 4 years ago where I sent instructions to the hotel to charge ‘a fair market rate’ (see below), which the hotel then did,” she wrote. Racine rapidly fired back.

The Democratic Attorney General tweeted out another email his office obtained from Stephanie Winston Wolkoff, a former friend to first lady Melania Trump, who played a key role in the inaugural planning.

In that email, which was dated December 17, 2016, Winston Wolkoff wrote that she wanted to express her “concern” about the hotel charging the committee exorbitant room rates.

“Please take into consideration that when this is audited it will become public knowledge,” Wolkoff wrote in the email, which was addressed to Ivanka Trump and other committee advisers.

Along with the attached email, Racine tweeted: “Our investigation revealed the committee willfully used nonprofit funds to enrich the Trump family. It’s very simple: They broke the law. That’s why we sued.”
Racine’s legal action remains ongoing before the DC Superior Court.

The AG has also sought testimony and records from Melania Trump and Thomas Barrack, a close friend of the president, among others. Barrack was deposed in the probe last month.