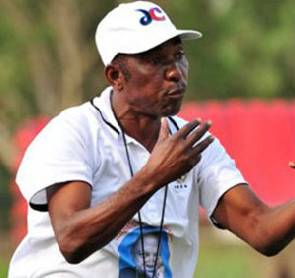 Head Coach of Cape Coast Ebusua Dwarfs J.E Sarpong has credited the team?s management for aiding their swift return to the First Capital Plus Premier.

Dwarfs, secured promotion back to Ghana?s top flight football after a 0-0 drawn game against closest rivals Elmina Sharks over the weekend.

The feat is much more impressive given they secured promotion at the first time of asking following their relegation to division one last season.

Coach Sarpong who masterminded the team?s return says management deserve credit for their swift return to the First Capital Plus Premier League.

?Credit must go to the management of Ebusua Dwarfs who ensured they supported us with everything we needed to get back,? Sarpong told Accra based Citi FM

?The fans of the club also played their part and the players all gave it their all to secure qualification.?

Gunshots Heard in Capital of Guinea Near Presidential Residence

Digitalisation and Capital, pivotal to sustaining SMEs in COVID-19 era