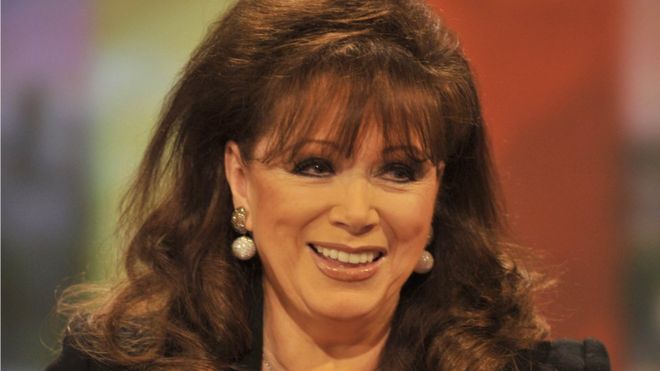 ?It is with tremendous sadness that we announce the death of our beautiful, dynamic and one-of-a-kind mother,? the statement said. ?She was a true inspiration, a trailblazer for women in fiction and a creative force. She will live on through her characters but we already miss her beyond words,? it added.

Collins was diagnosed with stage-four breast cancer six-and-a-half years ago, according to US celebrity magazine People.

Her sister Joan, 82, told People magazine she was ?completely devastated?.

?She was my best friend. I admire how she handled this. She was a wonderful, brave and a beautiful person and I love her,? she said.

Jackie Collins began writing as a teenager, making up racy stories for her schoolfriends, according to a biography on her website.

Her first novel, The World is Full of Married Men, was published in 1968 and became a scandalous bestseller. It was banned in Australia and branded ?disgusting? by romance writer Barbara Cartland.

In 1985, her novel Hollywood Wives was made into a mini-series by ABC, starring Anthony Hopkins and Candice Bergen.

In a 2011 interview with the Associated Press, Collins said that she ?never felt bashful writing about sex?.