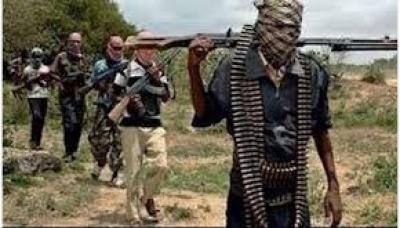 Cameroon secured the release of 27 hostages held by Boko Haram by swopping them for seven members of the Nigerian radical Islamist group who had been jailed in Yaounde, the independent daily Mutations reported Monday. The release of the hostages had been announced at the weekend, but the details were not known.

The exchange of prisoners took place Friday at a secret location near the Nigerian border following weeks of negotiations, according to the daily.

The Nigerian news website Sahara Reporters said Cameroon paid Boko Haram 400,000 dollars to secure the release of Ali’s wife. The settlement also included the payment of an undisclosed sum of money by the Chinese government, according to Sahara Reporters.

Asked by dpa whether a ransom was paid for the hostages, Communication Minister Issa Tchiroma Bakary did not give a full answer.

“I am surprised that journalists are asking me whether any ransom was paid to Boko Haram,” he said.

“I think we should all be happy that the head of state saved the lives of these people, instead of asking whether money was paid or not,” he added.

Biya in May declared war on Boko Haram, which means “Western education is sinful,” after the group started to launch attacks in Cameroon.

The president deployed more than 1,000 troops and special units to the Far North Region to stop Boko Haram from infiltrating from Nigeria.

The insurgents are reported to recruit young Cameroonians into their ranks.
GNA