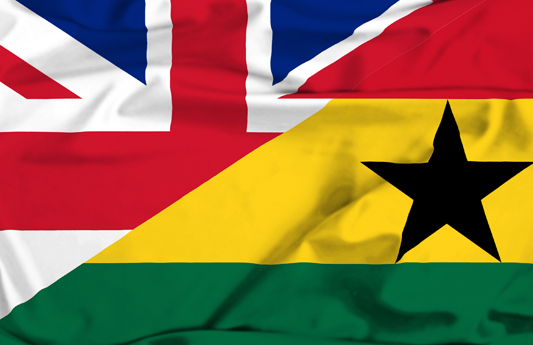 Mr James Duddridge, the United Kingdom (UK) Minister for Africa, has called for the strengthening of bilateral ties between the UK and Ghana, for the mutual benefits of both countries.

He said the UK-Ghana relations historically had been warm and friendly resting on long-standing political, economic and cultural connections.

Mr Duddridge, who led the UK Delegation to the investiture of President Nana Addo Dankwa Akufo-Addo, reiterated this in an interview with the Ghana News Agency over the weekend in Accra.

“Our countries have a long shared history – one that I know will continue as the President begins his second term.”

The Minister said the relationship between the UK and Ghana were already strong and growing, however, there was more room for improvement.

He said the UK was committed to promoting trade relation between the two nations, which was underpinned by their strong people to people connections to drive economic growth, create jobs, and inspire creativity and innovation in both countries.

He said the UK had invested approximately £2.8 billion in bilateral aid in Ghana over the past two decades; adding that trade import from Ghana to the UK had doubled in recent years, which should be continued.

Mr Duddridge said the UK’s priority was to understand what Ghana wants and how best they could assist.

He said while in Ghana, he paid a working visit to Accra’s KAD garment factory, which was one of three female-run UK aid-backed garment businesses in Ghana; stating that the factory employs about 500 women.

He said the UK government was working with companies like KAD to support their growth in the sector and help them to reach an international market whilst operating in a fair and ethical way.

Mr Duddridge noted that due to the COVID-19 pandemic, UK aid supported KAD to produce medical scrubs (such as facemasks) needed in hospitals across Ghana and for the export market.

With regards to education, Mr Duddridge said the UK Government’s Chevening scholarship programme offers future leaders the unique opportunity to study in the UK, during which time they would develop professionally and academically, grow their network and build lasting positive relationships.

He said education wise, a lot of Ghanaians have been educated both in Ghana and in the UK, and that the Chevening scholarship connects people socially as well as professionally.